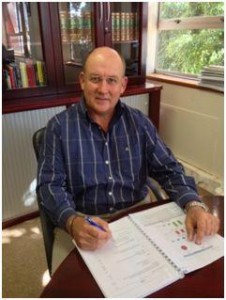 My office received a request for assistance from a voter in the Amatole District who has been trying to sell his farm since 2009.

The Trustees of the Hillandale Trust (TM5763), the owner of the farm property, Farm 456 Komga (Haga Haga area), in respect of which the preliminary notice of expropriation was issued, wished to sell this property. They were however advised that such a sale is not possible while an expropriation notice is registered against the property. It also came to our notice that in an “Infrastructure Services Report” of the Great Kei Municipality Memorandum of Council Meeting, October 2011, in reference to this land acquisition at Haga Haga, it was noted that the request for expropriation was returned unapproved by the Premier’s Office. (Is this not prejudicing a person’s rights as an owner of a property, to dispose of their property?)

As more than three years have elapsed since the Preliminary Notice was issued by ADM with no finality to date and as it appeared that such expropriation has not been approved by the office of the Great Kei Municipality, the trustees requested that this notice of expropriation be urgently lifted, to enable the Trustees to enter into a sale agreement. The Trustees informed us that despite numerous attempts to get the matter resolved including meetings with the Municipal Manager, emails and voice mails that were not replied to, telephone calls that were not answered, they we seriously considering taking this matter to High Court if we were unable to assist.

I wrote to the relevant municipal Director General as well as the Premier and requested that this notice of expropriation be lifted with immediate effect as it is unacceptable for such a matter not to have been finalized and that they are infringing on the owner’s rights to dispose of his property.

We were informed that because there are three separate spheres of government, the provincial government cannot instruct the District Municipality to lift the notice of expropriation. The ADM showed no will nor inclination to lift this notice and this resulted in a prejudicial impasse.

After “threatening” that we are going to apply for an interdict to have the notice lifted, we still got no results.

I made an appointment to personally go and see the Premier and explained the situation to her and handed in all necessary documentation to prove that the owners have been treated unfairly.

During the recess in December, the applicants contacted my PA and asked her to inform me that at last the expropriation was withdrawn and they are now able to sell their farm.  Their appreciation was worth all the effort and the effort itself served as confirmation that the DA delivers!