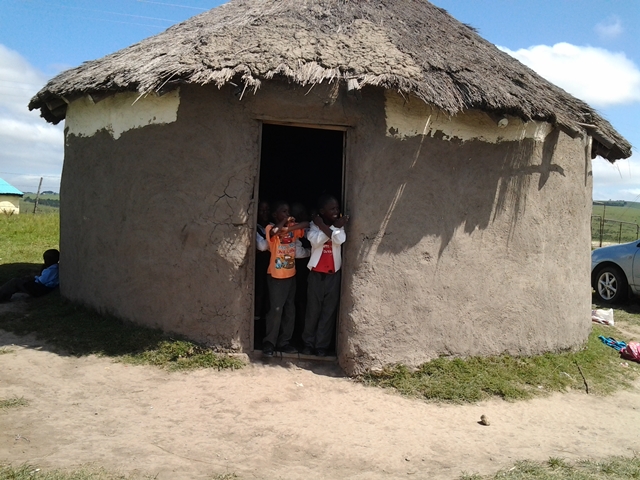 The Education department is failing our learners in the Eastern Cape. Countless schools are deprived of running water, proper toilet facilities and suitable infrastructure. I am appalled by the poor infrastructure and maladministration that I’ve found evident in our schools. The Education Department must account for their poor planning and sheer lack of concern for educators and learners alike.

On a recent visit to four schools near Butterworth, I discovered the appalling conditions of schools’ infrastructure along with major health and safety risks that are incurred. There is little room to house learners and educators in some schools and there are major teacher shortage problems in the Eastern Cape.

Mr Majambhe has contacted the Education Department to ask for assistance on countless occasions but he has yet to receive a positive response from Eastern Cape Education MEC, Mandla Makupula’s office.

There are no proper toilet facilities in this school.

Lunch time meals for learners are prepared in one of the rondavels on a gas stove; this poses a major safety threat for learners and teachers.

Jacob Zuma’s ANC has failed to respond to the genuine concerns of so many schools in the province including Gwabe Senior Primary School, the results of this failure to act affect local scholars severely on a day to day basis.

Furthermore, the Eastern Cape Department of Education has failed to address ongoing issues which continue to interfere with efforts to create an environment which is conducive to learning. These include:

A total of 1 049 schools in the Eastern Cape that do not have proper toilet facilities (the DA is awaiting findings by the Human rights Commission, after requesting a probe into this issue by the commission);

Some 700 schools in the province entering the 2014 academic year with critical shortages after the department announced that there will be 5 024 less posts than in 2013, resulting in up to 200 children in a class.

According to a reply from the MEC for Education last year, a total of 395 schools had been earmarked to be replaced by the end of 2013 as part of the Accelerated Schools Infrastructure Development Initiative (ASIDI) at a cost of R5, 921 billion. A further 413 schools had been identified as partly consisting of mud, “plankie skole” and constructed from zinc.

Only 49 schools have been completed.

The Democratic Alliance calls on the Eastern Cape Education MEC, Mandla Makupula, to develop new infrastructure for existing mud schools in our province and fulfil the promises that have been made to schools around the Eastern Cape.