What Premier Kiviet needs to focus on at Sopa 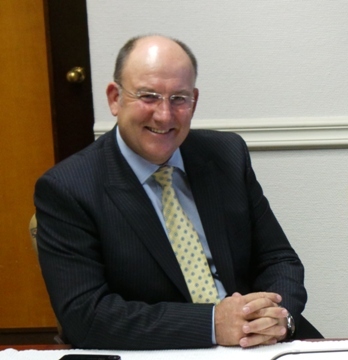 Eastern Cape Premier Noxolo Kiviet will be delivering her annual State of the Province Address in the Bhisho Legislature on Friday, 21 February 2014.

The Eastern Cape remains a labour reservoir for other provinces whose economies are growing at rates that create opportunities and jobs such as the Western Cape and Gauteng.

The Premier must outline what the ANC will do to encourage and promote economic growth in the province that will reverse this drain of important human resources. This accelerated migration of Eastern Cape human capital not only robs the province of these people’s skills and entrepreneurship, but dislocates the social fabric of their families, especially in the rural- and poor hinterland.

The Premier must tell the province what the ANC will do about our floundering Rural Development and Agrarian Reform initiatives. This is of particular importance because this is where our greatest potential of job creation lies. The situation in Cradock around the biofuel and previously the Sugar Beet Project is of major concern: many productive irrigation farms that were acquired by the state now lie fallow. The impact on this small, platteland community is catastrophic due to job losses and economic decline.

The Premier must also once and for all tell the province when the ANC will finally eradicate the mud schools in the province and when it will meet all the norms and standards applicable to state schools. There are simply too many schools that don’t have the basic infrastructural and sanitary requirements, never mind learner support materials and dedicated teachers.

These issues are directly responsible for the fact that 110 000 learners of the 185 000 that enrolled for school 12 years ago didn’t even get to matric. These children have absolutely no independent future to look forward to.

The other issue of major concern that the Premier will have to tell the province is, what will the ANC do about is the chaotic state of local government in the Eastern Cape. Mismanagement, corruption, lack of accountability, political interference in administrative matters and cadre deployment have all rendered local government incapable of delivering even basic services.

The shameful Buffalo City Nelson Mandela Memorial taxi-scandal, amongst others, the chaotic state of Grahamstown’s water supply and not to mention the poor Auditor-General outcomes is testimony of the state of collapse of local government.

If the Premier doesn’t deal with these issues, there will be no “good stories’ to tell because the people of this province know the reality of failed government despite what President Zuma told the nation in his pipedream State of the Nation Address last week.