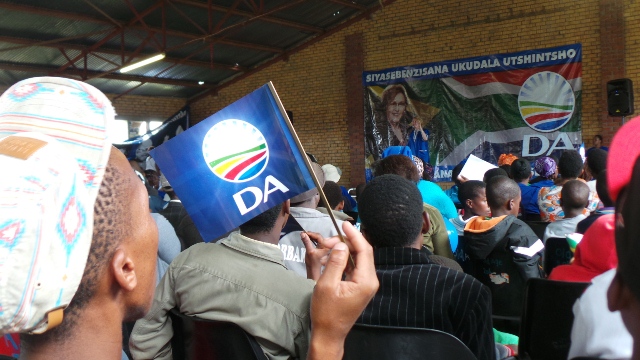 This is an extract of a speech delivered by DA Leader Helen Zille in East London, Eastern Cape today.

It is wonderful to be back in the Eastern Cape today.

Whenever I come to this beautiful province, I am struck by a big disconnect. Having given so many fine leaders to lead the struggle – from Nelson Mandela to Govan Mbeki to Walter and Albertina Sisulu to Steve Biko, and many others – the citizens of this province have received the least back.

The DA acknowledges the sacrifices that these men and women made. These leaders possessed moral clarity and a hunger for justice. We will not soon see the likes of them again.

The sad reality today is that the people of the Eastern Cape are suffering unnecessarily. And now, for the first time, people are losing confidence that things will get better in the future. And, despite everything, the governing party in this province assumes the people will simply vote them back into office.

But this is changing. The citizens of the Eastern Cape distinguish between Nelson Mandela’s ANC and Jacob Zuma’s record of increasing unemployment and corruption.

Youth unemployment in the Buffalo City Metro stands at a staggering 45%. There are more unemployed people in the Eastern Cape today than ever before.

The tragedy is that the South African economy is shedding jobs, not creating them. Take the mining industry – which is responsible for around 60% of South African exports. The industry is being decimated not only by what Jacob Zuma’s government does but also by what it fails to do. It is being felt on the ground here because the economy is tightly connected. The strikes on the platinum belt in the North West have been catastrophic for families in the Eastern Cape.

All this could have been avoided. The National Development Plan recommended that the Mineral and Petroleum Resources Development Amendment Bill should be amended to ensure a “predictable, competitive and stable regulatory framework”. But the government’s actions and words are achieving the exact opposite.

What are the leaders doing here in the Eastern Cape to alleviate the situation? The Mayor Zukiswa Ncitha, has allegedly spent R800 000 of ratepayers’ money on domestic travel for “events” which were not scheduled in her official diary. Massive bonuses have been given to municipal staff, and the City Manager, Andile Fani has been charged with fraud.

The provincial picture is not any rosier. The numbers are mind-boggling.

In 2012, the premier, Noxolo Kiviet, was rated as the worst performing provincial premier by the Public Service Commission for the previous year. In the last financial year, there was an increase in provincial departmental and entities disclaimed audit opinions from 67% to 83%. The provincial government lost R748 million in fruitless, wasteful and unauthorised expenditure in the last year. This was up from R117 million in 2011. This is a 539% increase!

The DA knows that the only way that this province can be turned around is through a growing, job creating economy.

The DA’s manifesto Together for Change, Together for Jobs is about working together for jobs. The DA’s carefully tested and budgeted policies would grow the economy fast enough to create six million real, full-time jobs by 2024. And it is clear that with 6 million new jobs, the Eastern Cape would be completely transformed.

The DA’s manifesto Together for Change, Together for Jobs would create a framework to make this job-creating growth possible.

Everything the DA does is underpinned by one goal: to combat poverty and provide ladders of opportunity for all through economic growth, job creation and cutting corruption.