No funding for collapsing Maitlands road 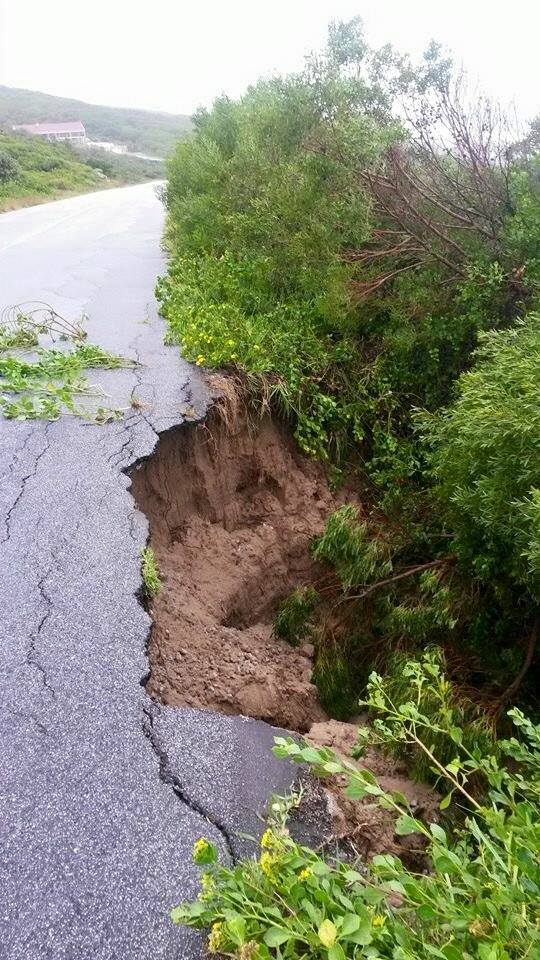 Warnings by the DA were realised last weekend when the road above the Maitlands River Mouth in the Nelson Mandela Bay Metro (NMBM) collapsed and poses a serious danger to motorists as it continues to deteriorate further.  According to the MEC for Roads and Public Works, there is no funding available for repairs.

I contacted the Department of Roads and Public works in February 2013 to warn them that the collapse of the road was imminent but no response was received despite numerous follow-ups.

In October 2014 I decided to take the issue further and submitted questions to MEC Tandiswa Marawu , who replied that:  “We are aware of settlement on DR1904 (Maitland Mouth Road) which needs to be addressed; however there is no threat of an imminent collapse. The proper repair of this settlement will involve major road works for which the department currently don’t have funds to address it”.  Reply to oral question 23, IQP 17 of 2014

Once again the department waited for a road to collapse before taking the necessary precautionary steps to maintain the road. Carrying out preventative repairs two years ago when I first warned them of the threat would have been much more cost effective than the major works they will have to carry out now to properly repair the road.

This is one example of the fate that many of the roads in the Eastern Cape face due to poor planning on behalf of the department.

The DA will ensure that all roads in need of maintenance and repairs are brought under the attention of the department. A full survey of provincial roads in the Metro will be carried out and receive the necessary attention when the DA wins the NMBM in 2016.