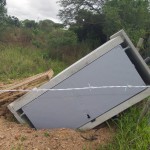 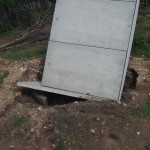 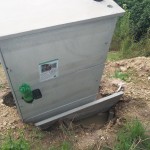 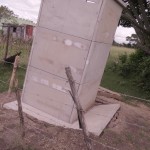 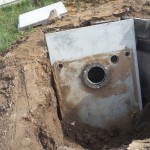 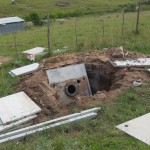 The R631million tender awarded by the Amathole district municipality (ADM) to the Siyenza Group must be terminated immediately.  The recent rains have served to expose what the ANC and its various spokespersons and government organisations have sought to cover up regarding the politically connected who have benefitted from this contract.

This week I visited various sites in Tuku Village in Ngqushwa municipality and kwaTuba Village in Kwelerha in the Great Kei municipality where more toilets have collapsed, in addition to those in Hoyi Village outside Peddie already exposed in the media on Wednesday.

The truth will always come out!  This is happening with the divine help of nature.  Between 80% and 90% of the toilets in Tuku and kwaTuba have collapsed.  Others are being dismantled one by one in the belief that this construction disgrace can be hidden from public and private oversight.

It is clear that the “urgency” (expediency) that was mentioned when handpicking the Siyenza Group does not hold water.  This contract has far from provided proper sanitation and dignity to the intended beneficiary communities.  What it has done is deliver one there disaster after another.  These toilets are an insult as they are not only dangerous they are a disgrace to the ADM and the provincial government of the Eastern Cape.

The DA calls for the speedy conclusion of the current public protector investigation into whether the Siyenza Group qualifies to carry out such a massive contract, whether the awarding procedure was lawful and whether they met all the certification prescripts.

I have submitted legislature questions to the MEC for Cooperative Governance, Fikile Xasa, as to whether the Siyenza Group and its subcontractors met basic construction methodologies, whether the ADM had provided any minimum construction prescripts and whether they had conducted any oversight.