The Bhisho legislature spent almost half a million rand to hire a marquee tent for hundreds of guests who attended the youth parliament at the institution last week. 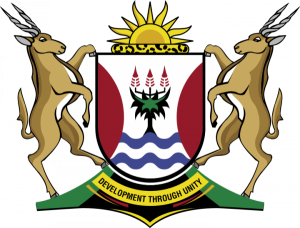 The huge white tent was erected at the legislature grounds at a cost of R425000 as a lunch venue for young people from across the province who attended the R1.6-million event.

This was allegedly despite a decision taken last month that, in order to save on costs for the event, no marquees should be erected, with a venue in King William’s Town to be used for lunch.

Over 500 young people attended the youth parliament at the legislature’s Raymond Mhlaba chambers where issues affecting them were discussed. The keynote address was delivered by ANC MP and Deputy Minister in the Presidency Buti Manamela.

The cost of hiring the marquee was revealed by a furious Democratic Alliance (DA) MPL Marshall von Buchenroder, who serves on the public participation portfolio committee in the legislature.

He said the committee had been informed last month that the total projected expenditure for the event was just over R1.6-million, including the marquee costs.

He said there had been an agreement in the committee that no marquees would be erected. To his surprise, a huge white tent was placed on legislature grounds as a catering venue for delegates.

“The DA believes that in a fair society we need to practise expenditure on real service delivery rather than on jamborees.

“This is another shocking example of wasteful expenditure of taxpayers’ money. The first place where the principle of good governance and responsible spending should be upheld in the legislature,” Von Buchenroder said.

The DA MPL said he had been threatened by committee chair Fezeka Nkomonye-Baleni for disclosing the amount paid for the tent.

Nkomonye-Baleni allegedly also promised to report him to the ethics committee for revealing such information.

Nkomonye-Baleni could not be reached at the time of writing.

Von Buchenroder, however, said his party would continue “to expose the squandering of public money”.

He also revealed that the tent service provider had been sourced last Monday and started work on Wednesday, adding that his party doubted whether fair procurement procedures were followed.

Legislature spokeswoman Bulelwa Ganyaza said on Friday the public participation committee had recommended the institution limit the use of marquees in order to cut costs.

“Only one marquee was used due to insufficient space to accommodate a large number of people for lunch,” said Ganyaza who also lamented the lack of space at the institution.

Ganyaza said: “The institution requested quotations from various service providers and did not go for tender since we did not expect total costs to exceed the open tender threshold of R500000.

“ Indeed they did not exceed that threshold.” — asandan@dispatch.co.za