The Green Scorpions must act decisively against the Buffalo City Municipality for the the illegal operation of the Stoney Drift dumpsite in Amalinda in terms of the National Environmental Management Act.

The Waste Management Licence for the site expired on 31 December 2013, yet dumping continues daily with the apparent blessing from BCM.  The municipality’s excuses for not closing the site are simply not good enough.  See letter. Stoney Drift Landfill response to pcn 2015

In a free and fair society no-one should be scratching out a meagre existence from the crumbs of a more fortunate man’s garbage because the opportunity to find a job is reserved for the connected few.  No one should live on a dump site.

This illegal dumping site has destroyed a once pristine wetland and waste is polluting the stream that runs into the Buffalo River.

Furthermore, the war between the 500 shack dwellers living on the dump and residents of Brookmead and Stoney Drift must be addressed as a matter of urgency.

The media has reported on the extreme health hazard to everyone in the area caused by burning refuse.

Our councillors have exhausted all avenues at council level.  I have now elevated the matter to provincial level and have written to the MEC for Economic Development and Environmental Affairs, Sakhumzi Somyo, for his urgent intervention and for the Green Scorpions to close the site.

I will also be asking legislature questions to the MEC for Environmental Affairs if and what action has been taken against the BCM by his department.

It is the function of the Green Scorpions to enforce Section 24 of the Constitution which guarantees that every individual enjoys the right to an environment that is not harmful to their health and wellbeing. — Ross Purdon MPL, Shadow MEC for Economic Development, Environmental Affairs and Tourism 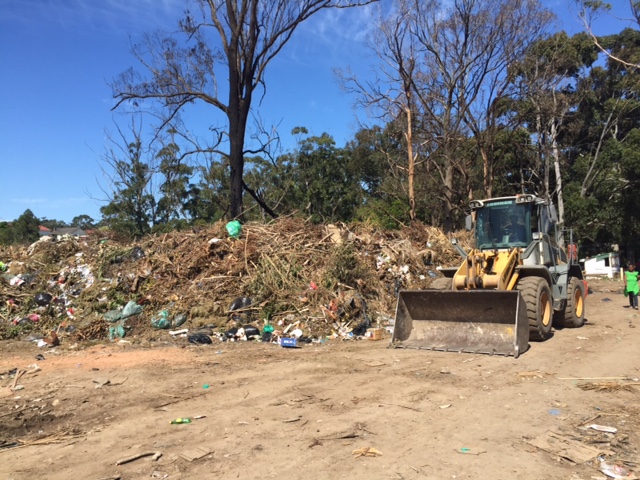 A front end loader of BCM in operation at the Stoney Drift illegal dump site on Monday (subs: 14 Sept) 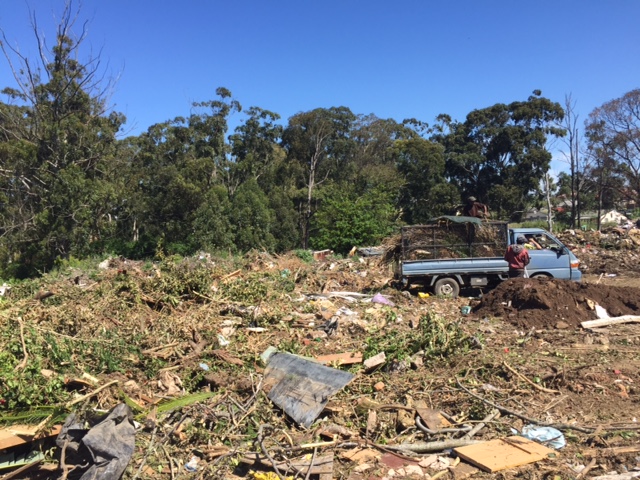