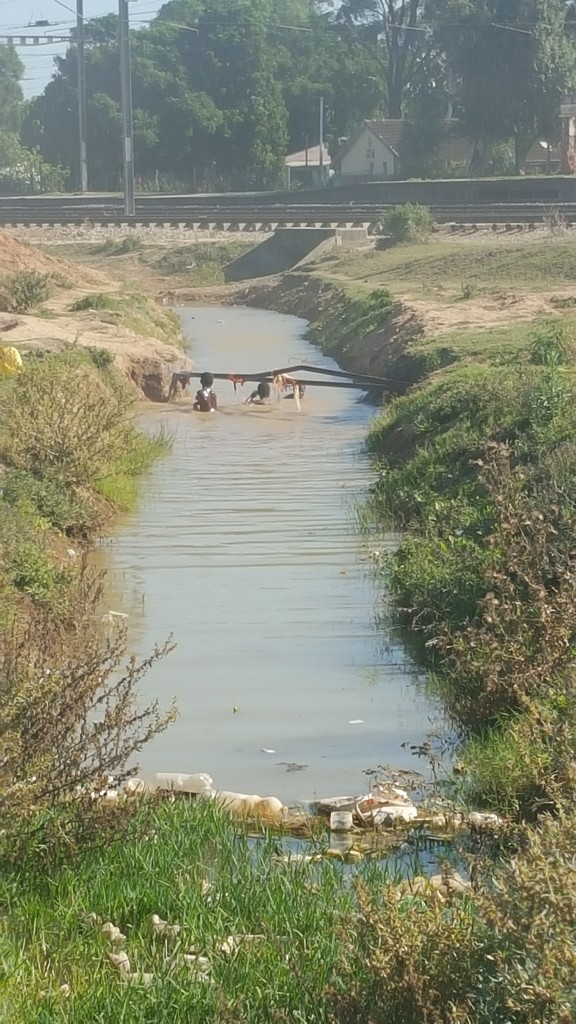 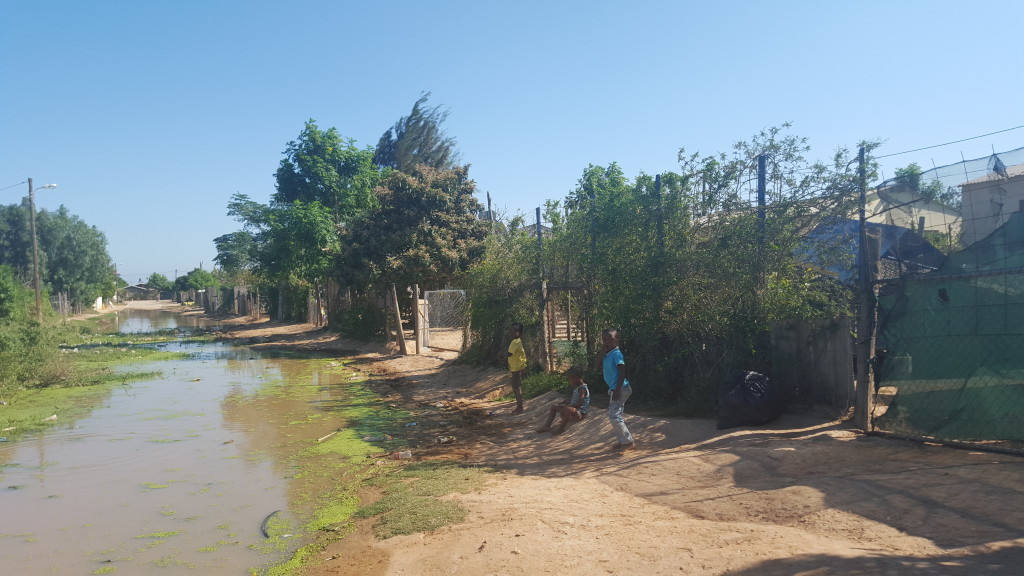 A river of deadly disease flows down one of the nameless streets in the Valencia Township in Addo.

The children of Addo’s Valencia Township are in grave danger of falling sick with life-threatening diseases because they are swimming in sewage-contaminated storm water channels.

In a fair society, poor communities are not abandoned and they are not deprived of their human dignity.

This impoverished community has been abandoned by the Sunday’s River Valley Municipality (SRVM) and the ANC.  Lives matter.

One of the nameless streets in Valencia has been transformed into a river of deadly disease and pools lie festering in other streets.  This has been the situation for months despite the problem being reported to the municipality on numerous occasions.

Failing infrastructure is a symptom of a dysfunctional municipality. The SRVM has failed to invest in infrastructure which has now resulted in roads, storm water systems and sewerage works crumbling throughout the Sunday’s River Valley.

When I inspected the area last week, I found that the cables at the sewerage pump station had been stolen. The pump was behind a locked gate but with no fencing.

The SRVM Technical Committee has only met once this year. In response to legislature questions, Cooperative Governance MEC Fikile Xasa stated that they were aware that the Technical Committee, which is supposed to discuss infrastructure related matters, was not meeting as they should but that the Service Delivery Executive Committee Forum, established by the Mayor, gives expression to infrastructure issues.

Clearly these issues are not finding any expression in the SRVM and they are not receiving priority, or any action whatsoever.

I have written to MEC Xasa to request him to intervene and order the Technical Committee to meet as a matter of urgency. The Municipal Infrastructure Grant (MIG) is one resource that can be used to repair the failing sewerage infrastructure in Valencia. — Vicky Knoetze MPL, Zuurberg Constituency Leader