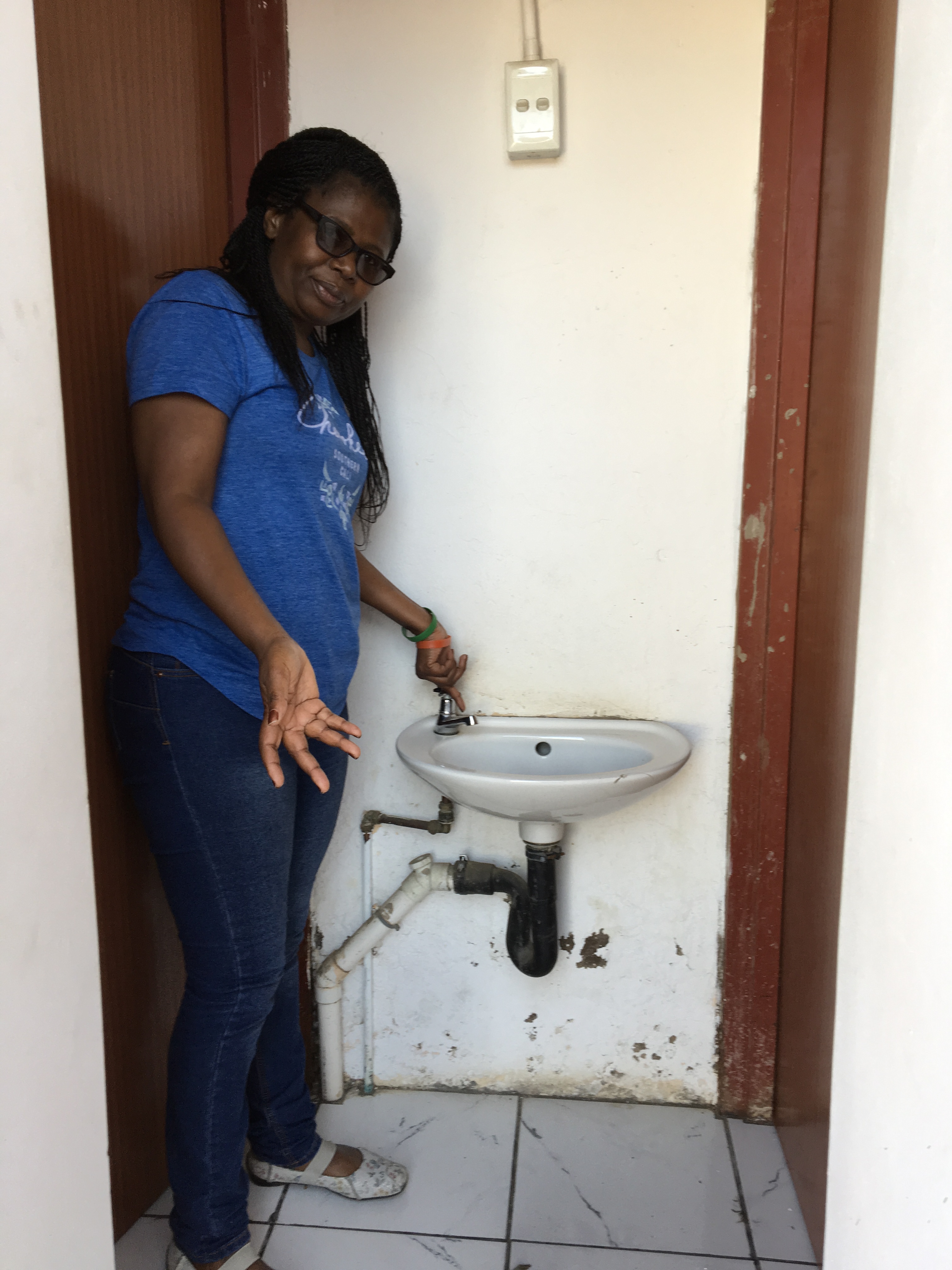 No water in Butterworth…Veliswa Mvenya stands at a dry tap in Butterworth. The picture was taken two months ago, a telling tale of the woes caused by the ongoing drought in the province.

MEC says no budget, so funds need to come from national govt

THE Eastern Cape government needs more than R250-million in the 201718 financial year to bail out provincial farmers affected by the drought that has gripped most parts of the province for years now.

As a result, the province has now approached national government to help them with the required funds needed to provide adequate drought relief assistance to thousands of affected Eastern Cape farmers.

This was revealed by rural development and agrarian reform MEC Mlibo Qoboshiyane to the Bhisho legislature recently.

This comes as raging fires swept through the Joe Gqabi district earlier this month and burnt more than 10 farms.

The massive fires that started in Lady Grey destroyed 42 000 hectares of land, with 191 sheep and eight cattle perishing.

Qoboshiyane revealed to the legislature recently that the province would not use a cent from its coffers for drought relief programmes.

He said such money was instead expected to come from national government – if their application for such funding is approved.

Qoboshiyane was replying to written parliamentary questions from DA MPL Veliswa Mvenya, who asked what the department had done previously and what it would do to assist farmers affected by the drought.

In his written response, dated September 14, Qoboshiyane said his department had in the 2015-16 financial year assisted 7 266 farmers in dealing with drought-related challenges.

He said in 2016-17, more farmers needed assistance, resulting in 8 192 of them receiving assistance from government’s drought relief funding programme.

Last November, the provincial government was accused by finance MEC Sakhumzi Somyo of dragging its feet in spending the R95-million earmarked for drought relief in 2016-17.

At the time, Qoboshiyane said this was due to a lack of feed supplies available in the province.

In his recent report, he said R254-million was needed to assist provincial farmers.

As a result, Qoboshiyane said, “funds to the total of R254-million have been requested from the national Department of Agriculture, Forestry and Fisheries [Daff]”.

Qoboshiyane’s spokesman Mvusiwekhaya Sicwetsha yesterday explained that the provincial government did not budget for disasters such as drought, but instead applied for funding from national government when the need arose.

“We don’t budget for disaster in our budgets. We have submitted our application for drought relief in the Sarah Baartman [district] and some parts of Amathole district, which are likely to have less rainfall, to Daff.

“The process is that we submit requests to Daff for such funds. We did the same process last year,” he said.

However, Mvenya yesterday described the province’s move not to budget for drought relief as “a reckless embarrassment, suicidal and a betrayal not only to provincial farmers, but to the entire South African population which depends on the province for their food baskets”.

At the time of writing yesterday, the Joe Gqabi district council, which was expected to discuss whether to declare the area a disaster area, was still in session. — asandan@dispatch.co.za/oreillya@tisoblack star.co.za