Speech notes by Jane Cowley MPL on oversight visits by the Portfolio Committee on Education to school hostels, 3 October 2017 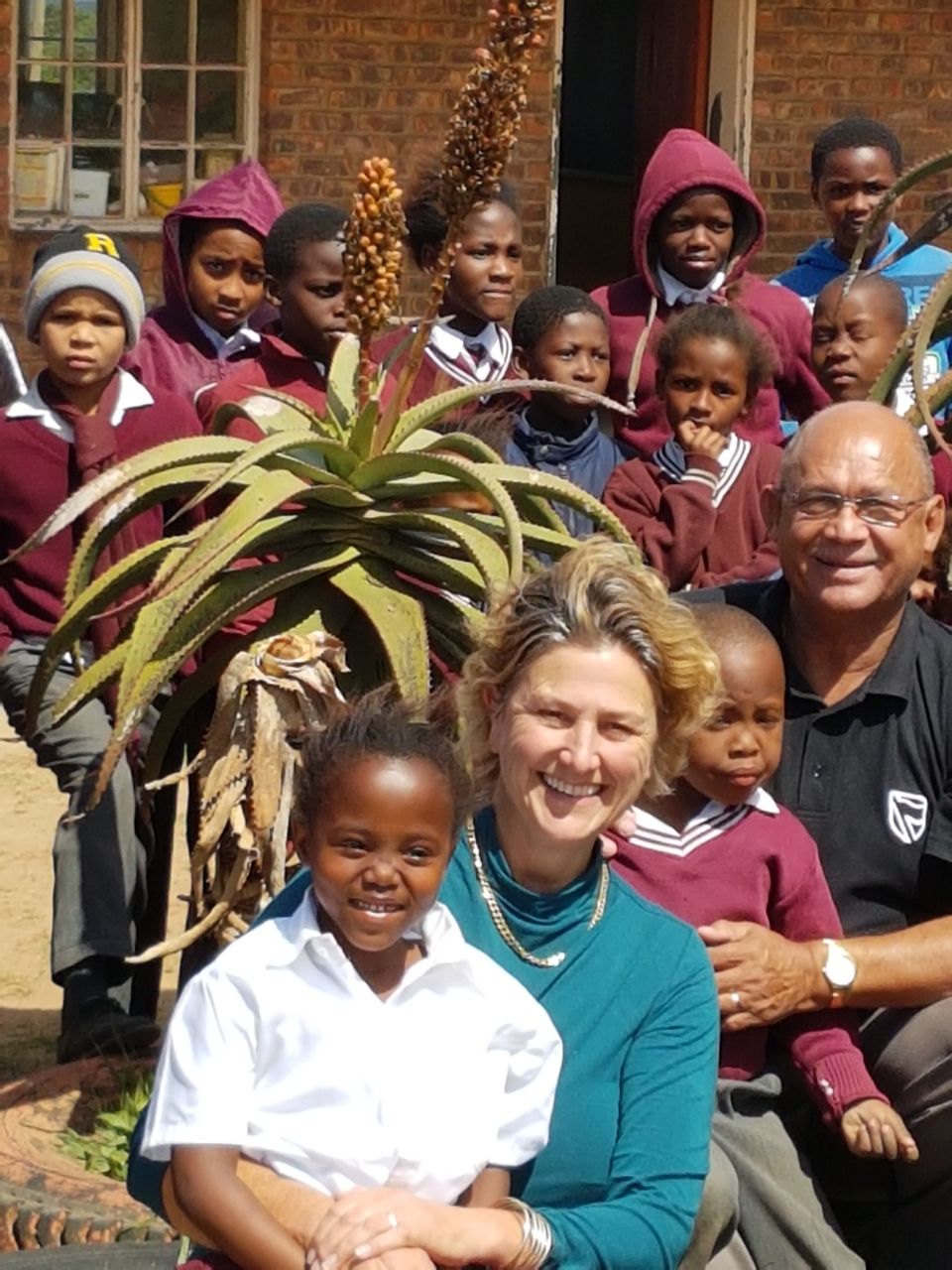 Madam Speaker, Honourable Premier, Honourable Members of the Legislature, Departmental Officials, and guests in the Gallery, greetings to you all.

Guidelines for the provision of boarding facilities in public ordinary schools were released by the Department of Basic Education in 2012. I wish to highlight a few points made in this document.

It states that a hostel at a school serves as an alternative care centre for learners who have been removed from their homes and should provide learners with an environment that is safe and secure, meets the needs of learners, protects privacy, promotes the welfare of learners and provides them with the opportunity to develop positively, provides access to people whom they can trust and have ready access to.

All learners should have access to sufficient personal space for sleeping in and for their belongings, with suitable furniture, of sufficient size for the number of learners, as well as appropriate separation between gender and age groups, a space to study and do homework and a space for dining.

Madam Speaker, on our oversight visits to hostels in June, it became glaringly obvious that these guidelines, in most cases, have not been adhered to. The barrage of complaints and grievances poured out by all stakeholders, whether it was parents, SGB members, hostel staff or senior management teams, was overwhelming.

In fairness to them, Madam Speaker, they were not exaggerating. In fact, some of the hostels that we saw are NOT FIT FOR HUMAN USE. I list the most common findings:

Madam Speaker, in one of the hostels, live electrical wires were hanging down to the ground, just meters from a bathroom that is continuously wet because the taps don’t work anymore. One can only imagine the headlines in the provincial newspapers if learners standing in the water get electrocuted. If the status quo remains, it is simply a matter of time….this is indeed a crisis.

On a lighter note, it was Henry Kissinger who said, and I quote, “There cannot be a crisis next week. My schedule is already full!”

While this oversight visit was focused primarily on hostel visits, stakeholders took advantage of the opportunity to share their grievances regarding the schools too. Madam Speaker, the findings have all been heard before……teacher shortages, overcrowding, collapsing infrastructure, the neglect of special needs learners, no fences, poor parental involvement and societal ills such as drugs and teenage pregnancies.

There is a school in Elliot called Vusukhanyo Primary School, which was recently visited by the Hon van Vuuren. This school was partially destroyed in a massive hail storm and has twice since applied to be rebuilt, to no avail. There are no ceilings, HUGE holes in the roof, huge chunks of dividing wall missing between classrooms – the situation is untenable. You may ask, Madam Speaker, when this natural disaster occurred. The shocking answer is 2005. When one thinks of the hundreds of millions of rands that have been returned unspent by Infrastructure over the years, it begs the question – how can the department have been so unresponsive to the plight of this school – FOR TWELVE YEARS? I have every faith that the MEC will take swift action in this regard.

Madam Speaker, we could become totally disheartened by all the problems that our education system faces, but we should not. Despite the many and varied challenges we face in Education in the Eastern Cape, there are those schools that we come across every now and then, which are shining examples of what can be achieved. I do not necessarily refer to ex-Model C schools, but other schools too, such as Sangoni Senior Secondary School in Lusikisiki, Mariazell Senior Secondary School in Matatiele, and St Johns College in Mthatha, which all produced top learners from the province at the end of the 2016 academic year.

There is a rural school called Schoombee Primary School, situated 45km outside of Hofmeyer and 50km outside of Middelburg, which has been earmarked as unviable. The Hon van Vuuren reports that this school is highly functional with effective leadership, a dedicated staff, high parental involvement and a network of farmers that assist with transporting the learners to and from school daily. The children of farm labourers who attend this school are in exceptionally good hands, and it is in their best interests to stay there. Small and rural does not always mean unviable, Madam Speaker. The schools I have mentioned have all risen above their challenges and achieved amazing success. Upon analysis of such schools, one discovers a few very important truths that set these schools apart from others.

Firstly, they have strong and effective leaders who are solution-driven. Where the Democratic Alliance governs in the Western Cape, competency assessments were introduced for principals in 2014. These have proven so successful that they have now been extended to Deputy Principals and HOD’s. Feedback from these assessments allow for informed individual development plans for newly appointed principals.

Secondly, while better departmental resourcing has certainly played a role in their achievements, the true assets of these schools are teachers that are passionate about what they do. They have not chosen teaching as a fallback career in case they couldn’t find another job; they are teachers because the career CHOSE THEM. Last week I met two teachers who are currently teaching without remuneration of any sort, not because they are not qualified for the job, but because of departmental failure. They continue because they are passionate about what they do. This is the calibre of teacher we need.

Thirdly, the staff at such schools have a healthy work ethic. It was Jerome K. Jerome who said, and I quote, “I like work – it fascinates me. I can sit and look at it for hours.”  He clearly wasn’t a teacher!

Now let us get back to the hostels. It seems there are three fundamental problems within the infrastructure directorate which, if unresolved, will perpetuate the sorry state of most of our hostels:

Firstly, the department has employed several contractors that have either left the job unfinished because of non-payment, or because of shoddy workmanship. In the case of non-payment; if the work has been done according to specifications, payment must be effected immediately. This is not negotiable. If the contractor has left the site due to shoddy workmanship, he must be removed from the infrastructure database with immediate effect and a reliable contractor must replace him on site. Leaving a hostel in limbo while dealing with disputes is highly detrimental to the occupants.

Secondly, is it not fruitless and wasteful expenditure to invest in new hostels when infrastructure fails to maintain or upgrade those already in existence? Surely regular maintenance of all buildings is their highest priority? Neglect of such properties throughout the province has resulted in a net loss of hundreds of millions of rands.

Thirdly, it has been revealed by SARS that some of the officials within this directorate have vested interests  – this corruption must be rooted out as a matter of extreme urgency. Is this why Nomsa Frans High School was earmarked for a new hostel, although it doesn’t exist? A ghost school with a ghost hostel – a lucrative business for somebody – until you get caught. Or maybe not…As much as I loathe Donald Trump and all he stands for, he does use two useful words from time to time – “you’re  fired!”  Madam Speaker, I urge the MEC to keep this in mind when dealing with corrupt officials that continue to drag his department through the mud.

The department has many committed, hardworking officials whose reputations are also tarnished by such behaviour. We owe it to the schools, the hostels, the parents, and most of all, the learners, to ensure that the department is functional and effective. After all, in the words of the late Whitney Houston, I believe the children ARE our future – teach them WELL and let them lead the way.