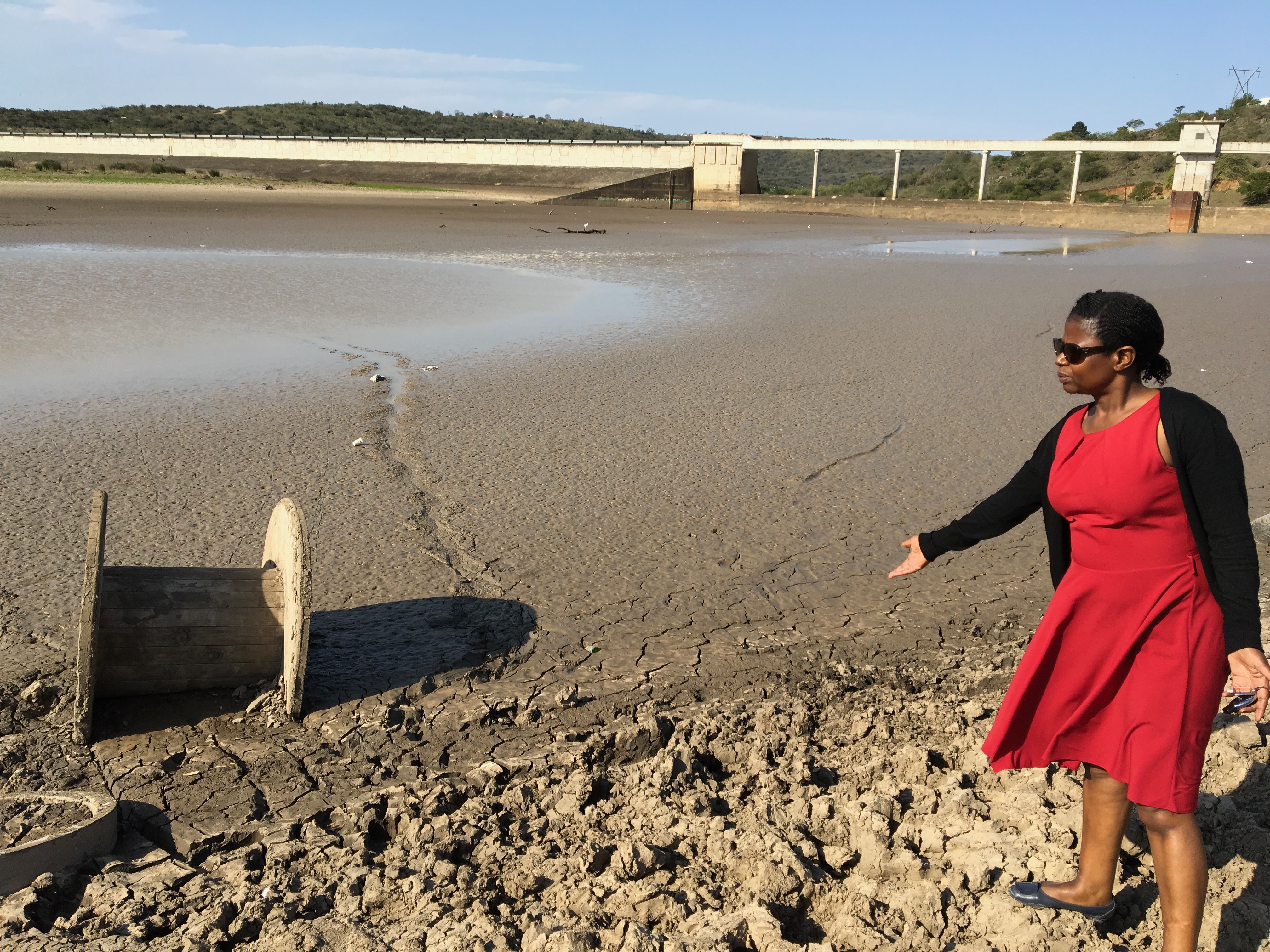 Veliswa Mvenya MPL at the empty Gcuwa dam outside Butterworth.

The Eastern Cape provincial government does not have a budget for drought relief. And five months into the 2017/18 financial year the province is still waiting for R254-million for drought relief from the national Department of Agriculture, Forestry and Fisheries (Daff).

The drought has been ongoing for more than two years and getting worse. The tardiness shown by the provincial government in taking this crisis seriously is reckless and suicidal.  It is a betrayal of our farmers and our citizens who depend on the province for their food baskets.  The impact on the rural economy is horrific.

In February, Eastern Cape Premier Phumulo Masualle said in his State of the Province Address (Sopa) said a budget allocation of R1-billion for the province for drought mitigation – which included the drilling of additional boreholes and desilting of dams.   So far, there has been little evidence that the Premier’s promises were anything more than grandstanding.

In a reply to a recent legislature question I asked the MEC for Rural Development and Agrarian Reform, Mlibo Qoboshiyane, he said the Eastern Cape had no budget for drought in 2017/18.  For the reply, click here:  Reply to IQP 21 q 104 ADM drought relief

Jobs are being lost, animals are dying and the rural economy is bleeding.

There seems to be no urgency by the ANC-government about the drought.  A DA-run provincial government would ensure that contingency plans and forward planning are in place.

A caring government would ensure that all communities benefit from the government’s constitutional obligation relating to the provision of essential services.

Corruption and maladministration ruthlessly rob our people of their funding allocations from the government.

I will be submitting legislature questions to the Premier for details of where the R1-billion referred to in his Sopa will be coming from, how it will be used and what the time-frames are.

I will continue to fight for real drought relief measures to be implemented.  The people are thirsty for action. — Veliswa Mvenya MPL, Shadow MEC for Rural Development and Agrarian Reform