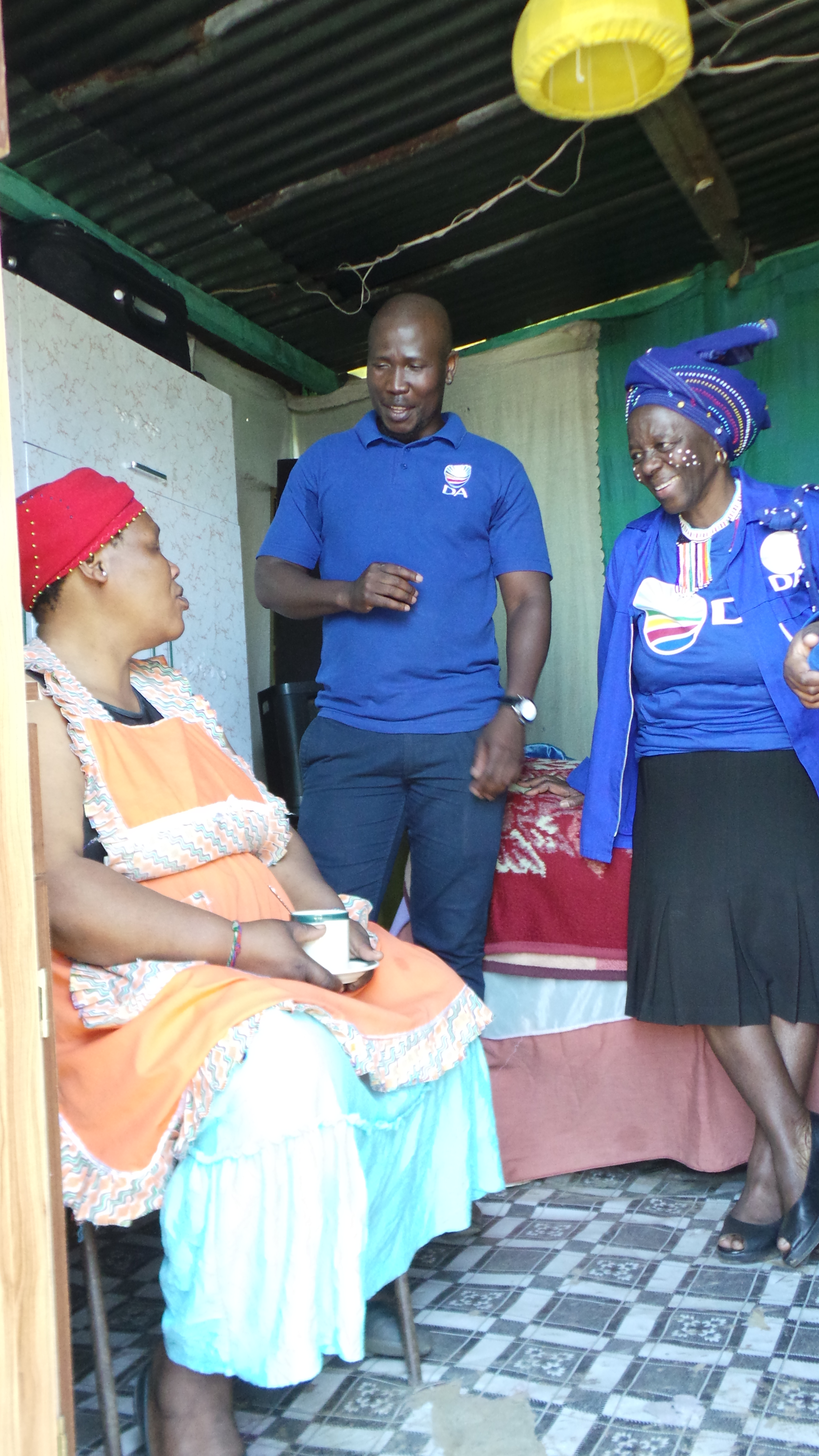 DA ward candidate Vusi “Batista” Jako and Nosimo Balindlela MPL in the home of Monica Dyani in Mzamomhle township in Gonubie on Saturday, 21 October, ahead of the Ward 27 by-election on 2 November.

THE contest to govern Buffalo City Metro’s ward 27, encompassing Gonubie, took a different turn this weekend when the DA took a door-to-door approach while the ANC protested its own candidate by burning election posters.

Mabandla was told to resign by her party after she was incorrectly registered with the IEC as ward 27’s councillor-candidate instead of ward 28 for last year’s municipal polls.

On Saturday, the DA took its bigwigs, including Nosimo Balindlela, to the ward to secure a vote come November 2.

Balindlela, who was involved in the door-to-door campaign, said the conditions the residents were living in were appalling.

“There are no basic services, water, sanitation and proper shelter. I am embarrassed that there are people still living under these conditions after so many years of freedom.”

Balindlela was accompanied by some of BCM’s DA councillors and the party’s candidate for the ward, Vusi Jako.

“The ward has been without a councillor for more than a year and there has been no progress since the last election. It is time the DA takes over this ward and puts the development of the people first,” the 35-year-old candidate said.

Meanwhile, some ANC members in the ward were torching all the street posters featuring their candidate for the ward, Boy-Boy Kalane.

They have threatened to block the IEC on November 2 if their choice, Vuyisile Hokisi, is not fielded as the ANC candidate. — simthandilef@dispatch.co.za