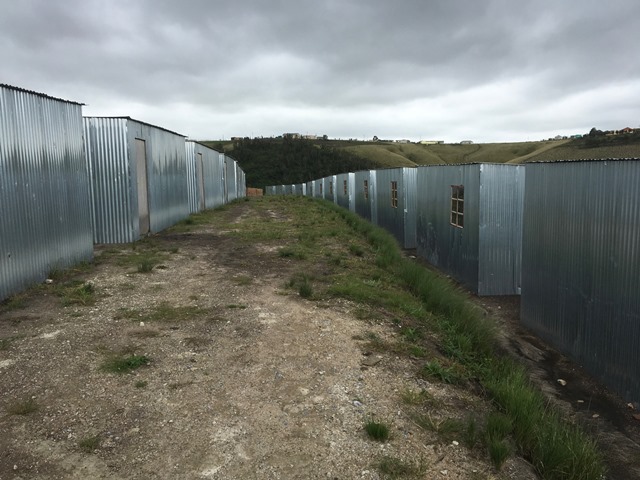 Temporary structures erected by the Ingquza Hill Municipality in Ward 6 after their homes were demolished at New Rest.

A municipal TLB and security guards from the Ingquza Hill Municipality at New Rest on the day that houses were demolished there.

The DA has requested an investigation by Eastern Cape Legislature Speaker Noxolo Kiviet into answers to questions for oral reply presented to the House by Cooperative Governance and Traditional Affairs MEC Fikile Xasa relating to the demolition of houses in the Ingquza Hill Municipality in 2016.

The reply from the MEC does not reflect the truth. He must go and see for himself the tragedy that befell the 130 families of New Rest outside Lusikisiki who were forcibly removed and their houses demolished with their belongings still inside.

When I visited the community last year, I was horrified and deeply saddened by the lack of empathy displayed by the Ingquza Hill Municipality in erecting “temporary houses” that are nothing more than chicken coops for the affected families.

After the MEC tabled his reply in the legislature last year, I went back to the community to give them feedback. For the reply, click here:  Reply to question for oral reply Xasa Ingquza Hill

In contrast with the reply from the MEC, the following must be noted:

I have written to the Speaker of the Legislature so that the truth behind this tragedy can be exposed and the dignity of the Nyuswa community may be restored. I trust that MEC Xasa will visit the community himself and rectify the misrepresentation of the facts tabled in the House.

The DA stands firmly behind the rights of vulnerable people and believe in rolling out access to housing, not taking it away. We stand by the Constitution in protecting land use rights of the poor and vulnerable against arbitrary loss. The ANC government has clearly abandoned the people of New Rest – we won’t. — Veliswa Mvenya MPL, member of the Portfolio Committee on Local Government