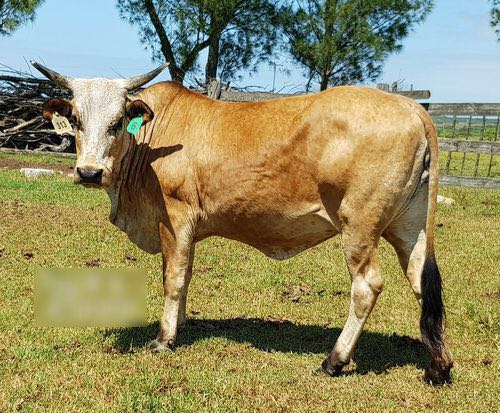 The DA presented AmaXhosa King Mpendulo Zwelonke Sigcawu with a pregnant heifer on behalf of the party’s Federal Leader, Mmusi Maimane, on Saturday.

THE DA presented AmaXhosa King Mpendulo Zwelonke Sigcawu with a special birthday present – a pregnant heifer – as a sign of respect for the monarch.

The heifer from DA leader Mmusi-Maimane was delivered to the king’s Nqadu Great Place near Willowvale on Thursday, while Eastern Cape DA leader Nqaba Bhanga and the party’s Eastern Cape legislature leader Bobby Stevenson, visited the vocal king on Saturday.

Sigcawu will celebrate his 50th birthday on April 4.

“After my election as DA provincial leader in the Eastern Cape last year, I made a commitment to visit all kingdoms in the province,” Bhanga said.

“This initiative forms part of a programme that the DA leadership in the Eastern Cape launched last year.”

The visit could also be seen as the party strategically positioning itself for the elusive rural vote, as they aim to grow their support in rural areas ahead of the 2019 general and provincial elections.

In its endeavours to woo rural voters and rid the party of its whites-only tag, the DA also met with leaders of the Eastern Cape House of Traditional Leaders (ECHTL) in Mthatha last year.

“I am delighted with the way this meeting took place. The DA in the Eastern Cape is experiencing radical growth, particularly in the rural areas of the former Transkei.

“As a result, it is necessary for us to have an ongoing programme of engagement with traditional leaders as we are campaigning extensively in their kingdoms.

“We will continue fostering harmonious working relationships with our traditional leaders for the betterment of our communities,” Bhanga said.

Sigcawu said he was humbled by the gift.

“I am full of gratitude to the DA leader for this present. It means a lot to me,” said Sigcawu.

He said they spoke only about the gift – not politics.

“In fact, my Great Place is open to any other political leaders, be it of the ruling party or of all the opposition parties. I am not a king of certain people with a certain political party, but a king of all those who pay allegiance to the monarch of AmaXhosa, and those who respect kings and traditional leaders irrespective of where they are.

“I am a father of them all, and all are welcome,” said Sigcawu.

The DA delegation also attended the gala dinner where the king launched his developmental initiative, the King Zwelonke Legacy Projects, at King Hintsa TVET College in Dutywa on Saturday. — lulamilef@dispatch.co.za