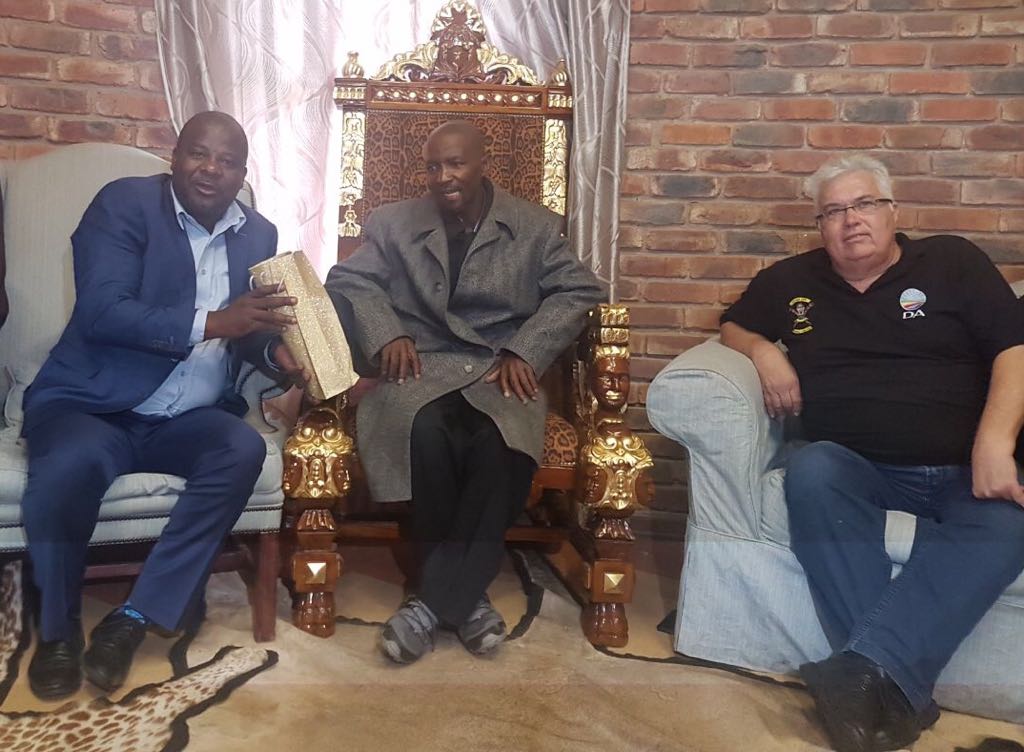 He presented a gift to the King on behalf of the DA Federal Leader, Mmusi Maimane. This engagement is part of the customary practice of paying a courtesy visit to traditional leaders in the province in order to build stronger relationships with members of the community.