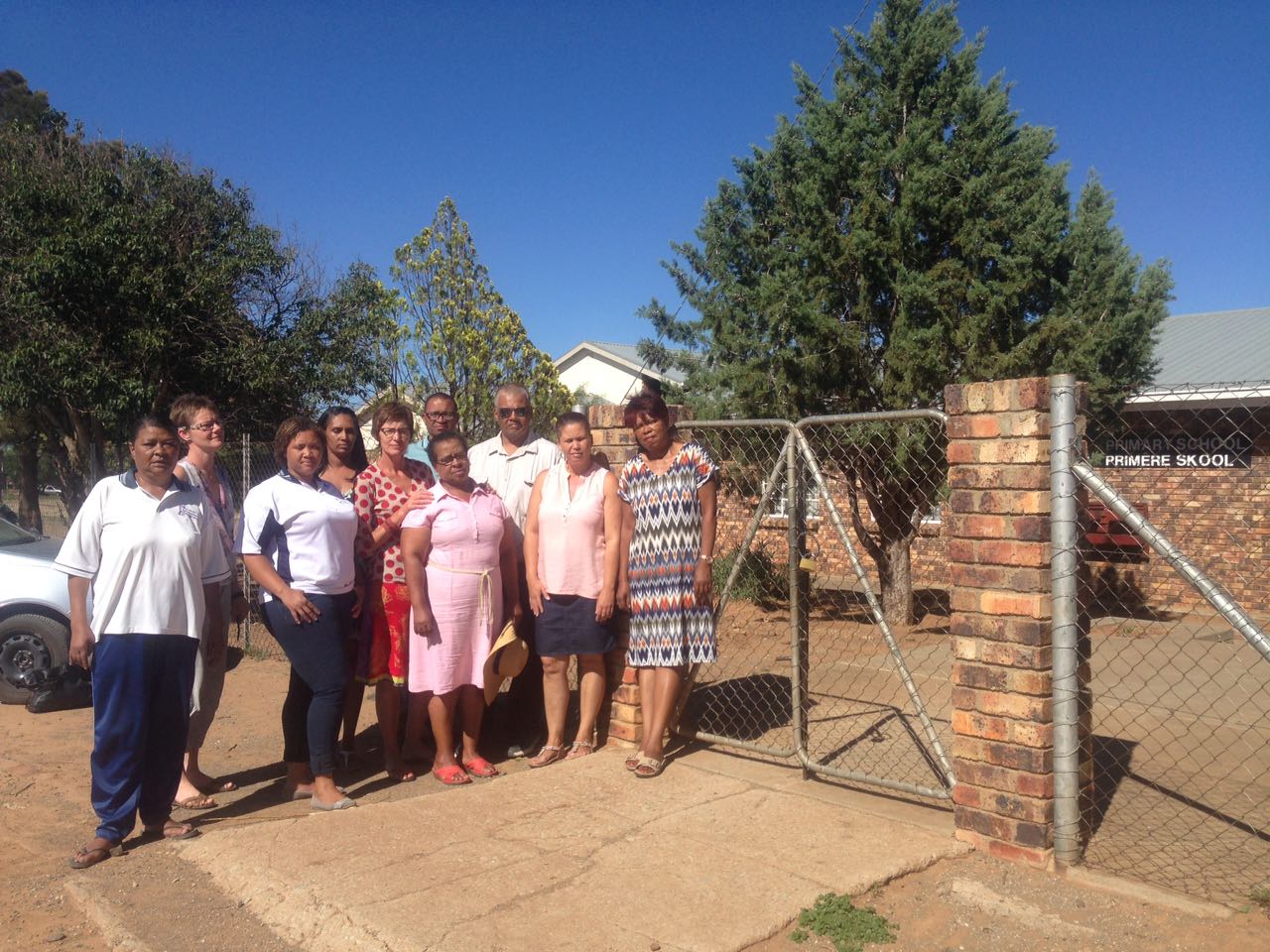 The principal of Kareefontein Primary School in Venterstad, Ambrose Albertyn (back right, wearing a white shirt) and his staff outside the locked gates of the school after it was closed by the community due to a shortage of teachers. 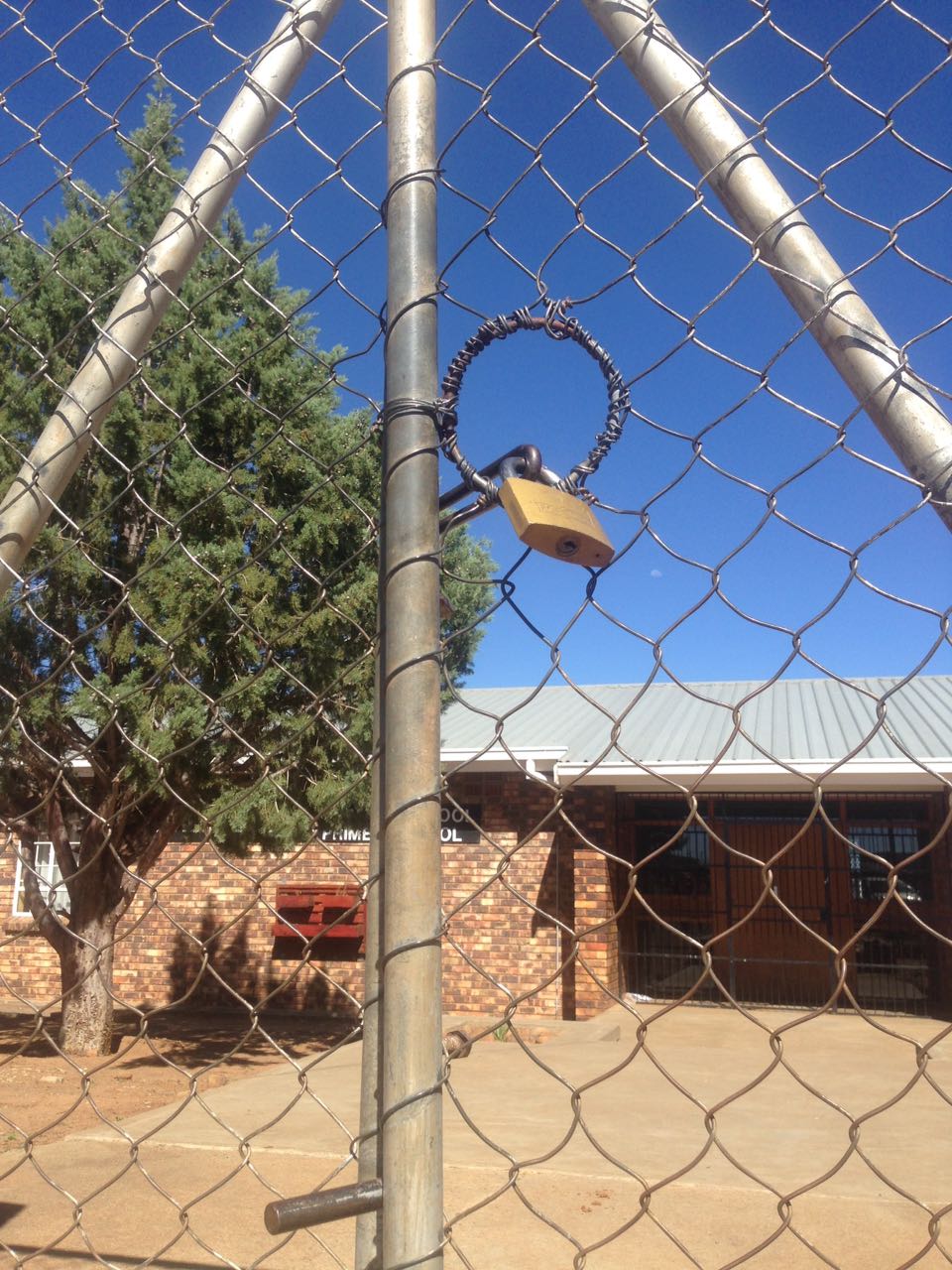 The locked gate of Kareefontein Primary in Venterstad, which has been closed since January 29 after the community closed the school in protest against a shortage of teachers.

Kareefontein Primary School in Venterstad has stood abandoned and empty for more than a week, since Monday, 29 January 2018.  The community closed the school of 530 Grade R to Grade 7 learners in despair, as the Department of Education has failed to supply six of the 14 teachers reflected in the school’s staff establishment, and whom the school desperately needs in order to function.

The widespread teacher shortage is of grave concern.  The department committed at the end of last year to ensure that there would be a teacher in front of learners in every classroom.

However, at Kareefontein Primary a total of six classes had nobody at all to teach them. They are not alone – the problem extends across the province. The Early Bird programme, which was to identify staff shortages well in advance and ensure that teachers were made available from the beginning of the school year, has been poorly implemented and the results are an unmitigated disaster. Some schools have had no teaching and learning yet, and 10% of the academic year has already passed.

I have written to the MEC for Education, Mandla Makupula, to request that officials of his department must act immediately to:

The citizens of this province deserve far better than empty promises and non-functional schools. Furthermore, the learners of this province, whether they are at rural or urban schools, deserve a teacher, a textbook, a table and time for every subject in the curriculum.

The Democratic Alliance has delivered on its mandate to offer quality education to all learners in our DA-led government, regardless of whether they are rich or poor, urban or rural. We value the right of every child to receive a quality education. A government that cannot deliver on this basic human right simply does not deserve to govern any longer.– Jane Cowley MPL, Member of the Portfolio Committee on Education