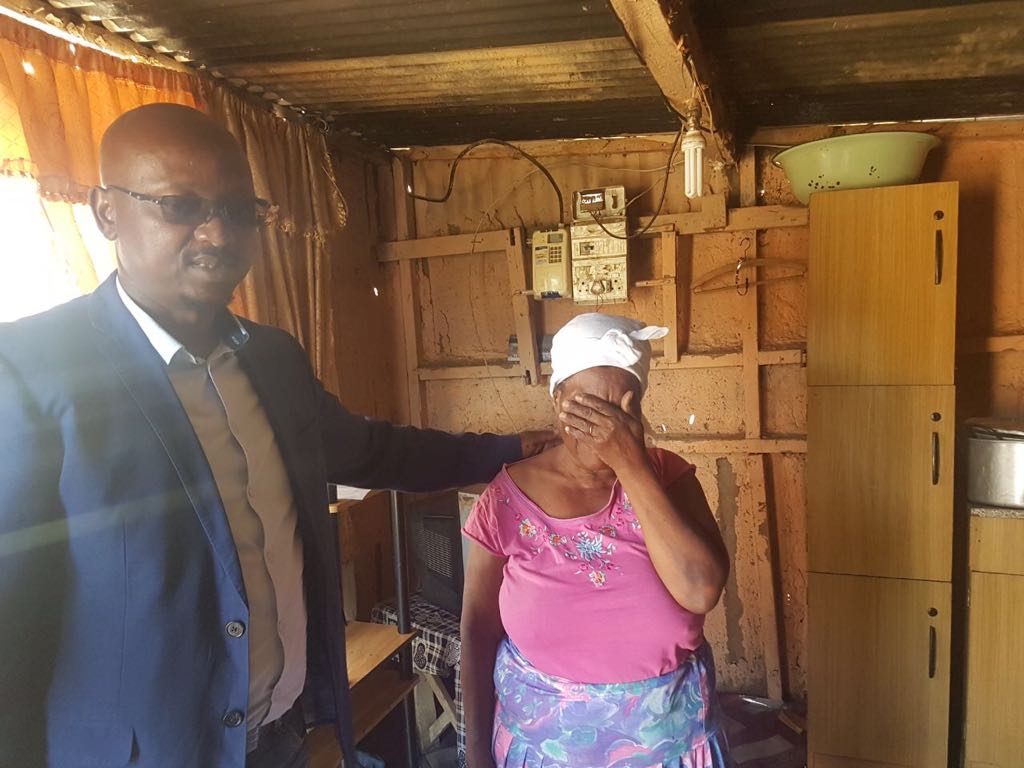 Thousands of RDP housing beneficiaries have been waiting for years for the government to deliver on its promises. However, with budget cuts, people like Mavis Bambiso of Bedford now lives in an informal settlement with little hope of a dignified home after her house was demolished in 2015 as part of a rectification programme by the government and never rebuilt.

A response to a legislature question by the MEC of Human Settlements, Helen Sauls-August,  confirms that due to funding constraints and a 2016 national directive on rectification, the prospect is slim for many RDP housing beneficiaries to ever have a dignified home.

I visited the small town of Bedford in the Amathole District Municipality in December, where I met Mrs Mavis Bambiso, a widow from the area.  She now lives in an informal settlement after her house was demolished in 2015 as part of a rectification programme by the government.  However, when her house was demolished she did not receive any temporary shelter and had to resort to building a shack for herself and her husband.  At the time her husband was very ill and after four months of poor living conditions, he succumbed to his illness.

She has made appeals to the Department of Human Settlements about receiving an RDP house or temporary shelter while she awaited the reconstruction of her home.  However, her pleas fell on deaf ears.

Many beneficiaries have been waiting for years for the Department to deliver on its promises.  However, with dwindling funds from National, an assessment compiled by the National Home Builders Registration Council (NHBRC) highlighted the Chris Hani district as requiring 21 938 houses for rectification, Buffalo City Metro requiring 10 499 and O. R. Tambo requiring 10 022 houses to undergo rectification.  Out of the eight regions listed, a total of 113 862 units have been recognised as requiring rectification.

Under the National Minister, Lindiwe Sisulu, all new rectification is to be done through NHBRC with the intention to do away with funding for rectification altogether.

According to the response from the MEC, the Eastern Cape has formally notified the National Minster to seek authority to conclude current rectification projects within the 10% limit on the Human Settlements Development Grant for fixing houses.  For the reply, click here: Reply to IQP 47 q 302

With dwindling funds available, the chances are unlikely for people like Mavis Bambiso requiring houses that are fit for human occupation.

As a result, I have written to the office of the MEC to ask whether she has proposed any alternative measures to ensure that those who require rectification will indeed receive help from the department.

It is inhumane to expect people to live in houses that could crumble down on them at any moment.  It is dangerous to expect people to continue to inhabit houses that are not fit for human occupation.  However, demolishing houses without providing alternative assistance is also not the answer.   With the recent ministerial directive reducing the funding of grant allocation for rectification, I believe that the Eastern Cape Department of Human Settlements does not have what it takes to deliver their mandate of providing adequate housing for all.

The DA believes that every South African family should have access to adequate shelter and supports the interpretation of Section 26 of the Constitution which requires that this right must be ‘progressively realised’.

Only the DA can bring Total Change to the Eastern Cape, where services are delivered, houses are built and jobs created. — Sanele Magaqa MPL, Shadow MEC for Human Settlements