Concrete slabs where houses should be for Ndevana housing project 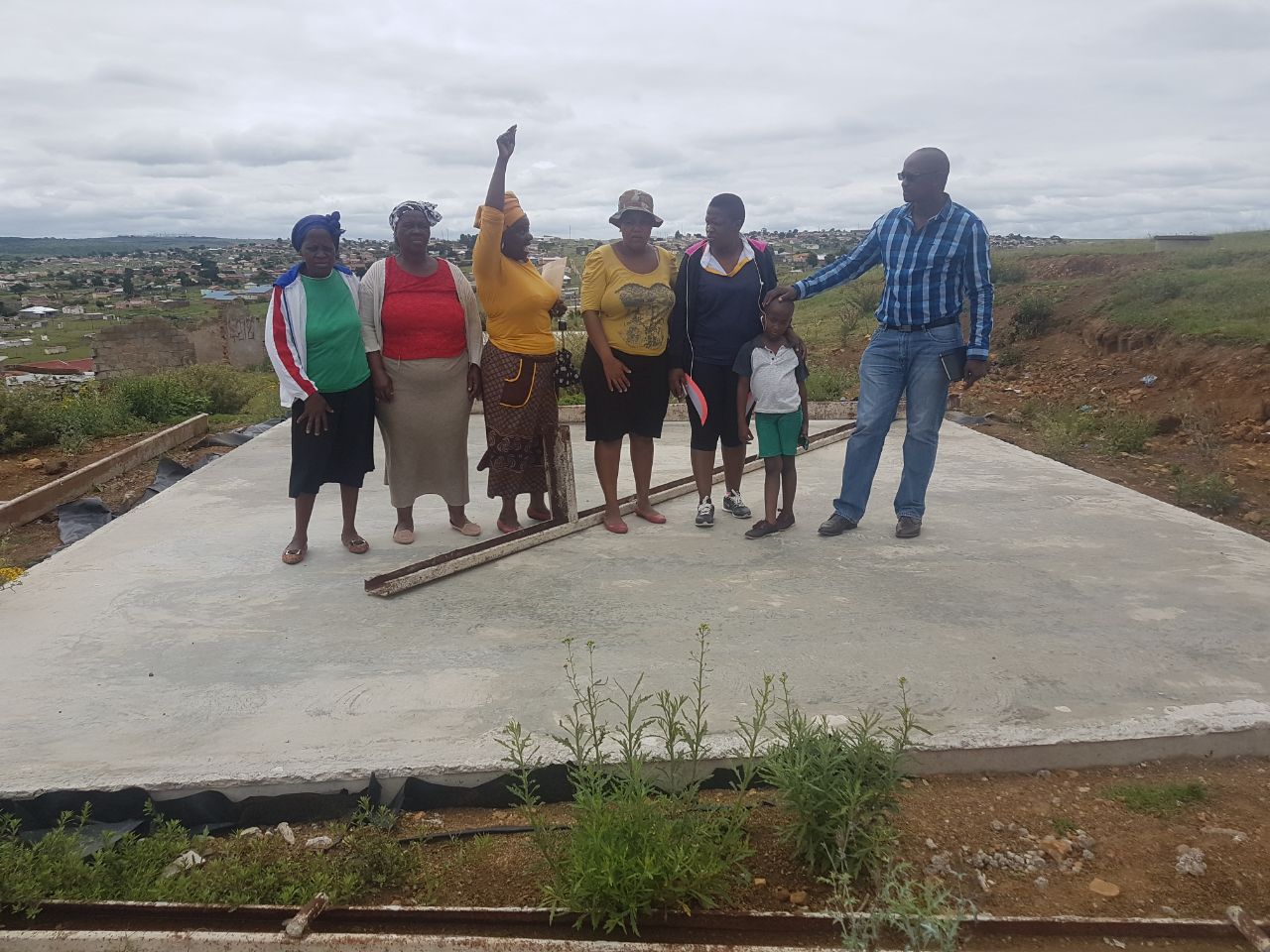 The Ndevana housing project outside King William’s Town, which is due for completion at the end of this month, consists of little more than concrete slabs in the veld. For a picture of Sanele Magaqa MPL, DA Shadow MEC for Human Settlements (far right on the picture).

After three years, there are little more than concrete slabs scattered across the veld where the 1 711 houses should be in Ndevana outside King William’s Town. The project is due for completion at the end of this month. We share in this community’s disappointment and level of mismanagement shown by the Department of Human Settlements.

The DA believes that it is important to use a single national housing list so that housing projects are open to scrutiny and oversight.  We believe these steps will go a great way in curbing corruption.

I was shocked at the discrepancies I found between what was reflected in the reply to a legislature question I asked housing MEC Helen Sauls-August and the reality on the ground when I visited the project recently.

According to the MEC’s reply, the intention was for the Ndevana housing project to produce 1 711 houses in total by March 2018. However, only 254 of the 1 711 houses promised to the community have been built by the department over three years.  That amounts to just over 84 houses a year.  The project is set for completion in March 2018 but at this pace, it will take the department over 20 years to deliver on their promise of 1 711 houses. For the reply, click here: FOURTH SESSION – IQP 46 – 296 & 297 Ndevana housing project

The project is divided into four:

After nearly three years (since 2015) this housing project should have more to show than an abundance of concrete slabs.

It is clear that the department will not be able to fulfil their promise to the people of Ndevana.  Members of the community allege that it is common practice for the department to grant contractors extended deadlines when it becomes clear that they will not meet the predetermined deadline.  These acts could see the project stalling indefinitely while millions are wasted each year.

To date, the Department has spent over  R54-million on completing only 254 houses. The financial implications of unnecessary delays in building projects is an increase in the cost of materials and labour which in turn causes the cost of the entire project to escalate beyond the initial budget. Upon visiting the site I was informed that sub-contractors leave site, often leaving only concrete slabs behind.  A new sub-contractor is then contracted and so the pattern continues.

I have submitted follow-up questions for oral reply to the MEC, which she will have to answer in the House at the next oral question session of the legislature.

Mismanagement of this nature is totally unacceptable.  In a DA-run province, we will bring Total Change that will give people sustainable housing opportunities by ensuring that ownership is realised. — Sanele Magaqa MPL, Shadow MEC for Human Settlements