Human waste running down the streets, RDP houses with no toilets and no water, houses with bucket systems that have not been serviced since before December, filth lying roof high on almost every corner of the town, and potholes that will shred car tyres and damage vehicles.

This is what remains of the once beautiful city of Makhanda.

I will be writing to the MEC for COGTA, Fikile Xasa once again, to voice my concerns and demand that action be taken to ensure adequate service delivery to the residents of Makhanda is implemented.

I shall also escalate the matter to my colleague Kevin Mileham MP in the National assembly, to try to establish why the ANC continues to ignore the plight of the people of Makhanda.

The living conditions we witnessed are appalling.  They pose a massive health risk as residents are forced to walk through, and live next to raw sewage daily. 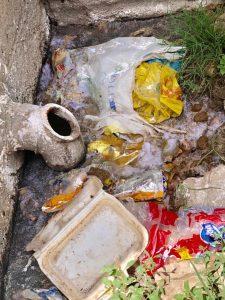 Caption: Raw sewage spills out of broken infrastructure in Makana. 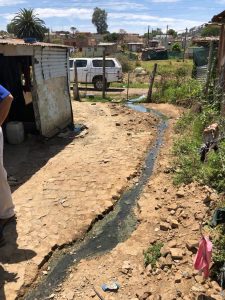 Caption: A river of untreated sewage flows through the streets of Makana

The ANC government has failed completely in its mandate to bring services to the people of Makhanda. And now their neglect could result in large-scale illness such as Diarrhoea, Dysentery, Cholera and Hepatitis, which are all related to faecal exposure.

The Democratic Alliance has repeatedly called for the Makana Municipality to be placed under administration. More recently, they have called for the dissolution of council. DA councillors have been illegally removed from council for raising issues of service delivery.

How many residents must suffer illness or even death from living in subhuman conditions, before the ruling party starts paying attention?

In DA – led municipalities, service delivery is a priority. Clean water, decent sanitation and regular refuse removal are the norm. As a result, residents are healthier and more productive. The residents of Makhanda deserve to live in a clean and functional town.