The Department of Rural Development and Agrarian Reform have said that the vandalism of the Dutwya Agri-park has caused irreparable damage to infrastructure.

The fact that the Dutywa Agri-park has been allowed to be vandalised to such an extent that it is inoperable, has thrown emerging farmers to the wolves. DRDAR MEC Xolile Nqatha must account as to how officials could allow a valuable asset like this to degenerate to the extent that it has. Heads must roll.

The Agri-parks initiative was launched nationally in 2015 as one of the cornerstones of rural economic transformation. These parks were conceptualised as one-stop shops for agro-production support, processing, logistics, marketing and training within district municipalities.

The basic idea was to develop rural development hubs linked to district gateways/growth points and to assist smallholder farmers to access land and local markets.

In a response to a parliamentary question, MEC Nqatha, confirmed that extensive and irreparable damage had been done to infrastructure at the Dutywa Agri-park, which included:

MEC Nqatha went on to say that the DRDAR had invested R2-million on upgrading the electricity at the Agri-park, as well as R216,000 on 4km of fencing and an additional R29,000 on seeds and seedlings.

MEC Nqatha said a case of theft and vandalism has been opened, but no arrests have been made.

This is a clear indication of how the ANC government has failed to look after the investments bought with tax-payers money.

As a result, thousands of much needed potential jobs that would have grown from a thriving emerging agricultural sector have been lost.

A DA government will ensure that growing our rural economy will be linked to access to opportunity and that the needs of communities be taken into consideration to build One South Africa for All. 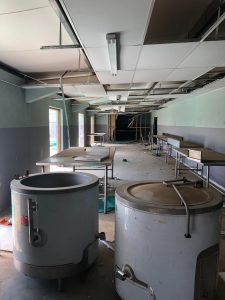 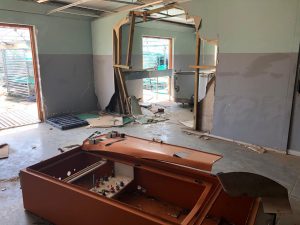