The Graaff Reinet residents are outraged as raw sewage is believed to be flowing into the Nqweba Dam, while the quality of water in their taps has drastically deteriorated as the water crisis deepens.

This follows after sewage has been flowing from the nearby sewerage works for the past six months, due to a broken pump, which has yet to be repaired by the municipality, despite numerous reports of the problem.

The dam is nearly empty, with just 1.6% capacity left, and the two boreholes supplying the Karoo town with water are under major strain. The water coming out of the taps is yellow brown, smells of sulphur and has allegedly landed many people in hospital.

The municipality claims it is safe to drink but the community needs proof.

I have written to COGTA MEC, Fikile Xasa, and have requested his urgent intervention. The tap water must be tested, and results must be made public. Drastic steps must be taken to repair the failing infrastructure and ensure that residents received quality, drinkable water.

The situation in Graaff Reinet is getting worse, the municipality has failed to implement fines related to water restrictions and the failing infrastructure has led to raw sewage flowing down the N6.

The persisting drought in the area is only one factor to blame for the lack of water, the collapsing infrastructure in the municipality is equally to blame.

According to the 2017/18 Annual report only 1% of the budget has been spent on the maintenance of infrastructure.

Although drought relief funding has been allocated to Dr Beyers Naude Municipality, it has not yet been used, and there seems to be no urgency from the municipality to take action.

It is no surprise then that the community are taking matters into their own hands and have come together to assist those that are the worst affected by the water crisis. A Facebook page “Graaff – Reinet Water Crisis” has been created, where people can donate or sponsor water for families and communities that have been affected.

DA Councillor Samantha Graham may also be contacted to make donations on 083 409 9196.

The Democratic Alliance believes that every person has the right to live in a clean and safe environment where good governance exists to create such conditions. All people must have access to basic human rights such as access to water. Service Delivery must be sped up and infrastructure

maintenance must be prioritised in poorly run municipalities such as Dr Beyers Naude Municipality. 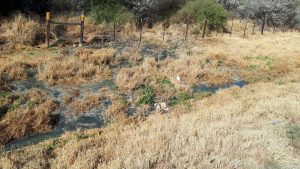 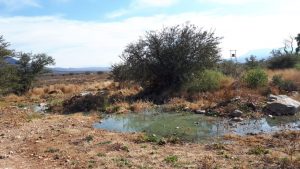 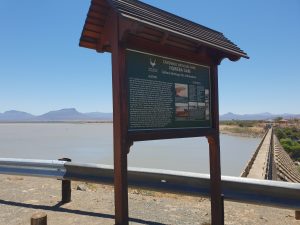