More and more no-fee schools are being forced to impose fees on parents under the guise of compulsory donations for additional funding, because the Department of Education is failing to provide them with the necessary resources to cater for the learners they must accommodate.

This was highlighted today, 15 October 2019, when I, along with local councillor Pumelele Magazi, visited Gobinamba High School in Tsomo, following a request from parents in the community. 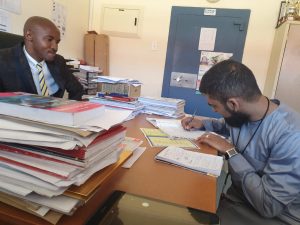 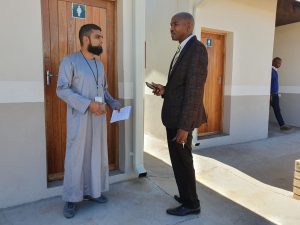 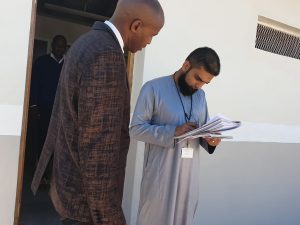 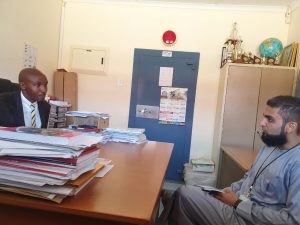 South African schools are divided into five categories known as quintiles. The quintiles range from the poorest to the least poor, with quintile 1 being the poorest 20% of schools in the country. Schools in quintiles 1 to 3 are no-fee schools, which means parents do not pay school fees.

If school governing bodies introduce fees in a public school in quintiles 1 to 3, and parents are unable to pay, the school cannot deny learners admission, or withhold their rapports, which is often the case.

During my meeting with the headmaster of the school, Mr Kakaza, it was brought to my attention that the school was severely under-resourced and did not have enough teachers to educate all their learners. As such the SGB had decided to impose a compulsory donation fee on parents to appoint additional teachers.

These parents are in the main social grant beneficiaries and already struggle getting their children to school, as no scholar transport is provided.

The school’s repeated pleas to the Department of Education for assistance have simply been ignored.

Following my oversight, I will be submitting questions to the MEC of Education, Fundile Gade, to get clarity on what steps the Department have taken to assist Gobinamba High School. I will also write to the MEC to request that he investigate the practice of charging parents compulsory levies for their children to attend no-fee schools in the province.

I have also engaged with the headmaster, and made it clear that, while the school’s predicament is understandable, no learner can be denied access to a no fee school if parents are unable to pay. Nor can rapports be withheld. This is against departmental policies, illegal and unconstitutional.

The learners of the Eastern Cape have enough daily struggles to deal with, while trying to gain a quality education in safe schools.