Residents have taken to fixing potholes on a provincial road in the Buffalo City Municipality, after repeated promises from the MEC of Transport have failed to materialize.

This week I, together with DA councilor Sue Bentley, conducted oversight of the R500 outside East London, linking Kayser Beach to the R72, to find a provincial road with knee deep potholes. 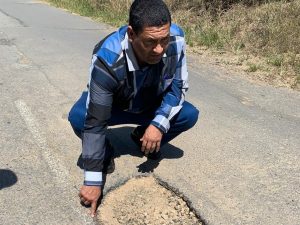 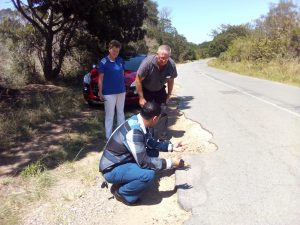 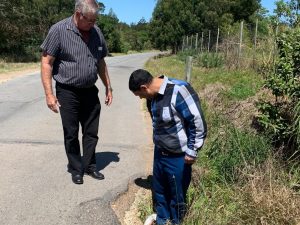 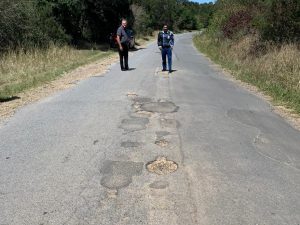 This oversight has once again highlighted that the existing model of road maintenance in the province is clearly failing!

The only way we can save our crumbling road infrastructure is for the MEC to embrace Public Private Partnerships.

Residents, who are dependent on the road to access their properties, have taken it upon themselves to fix the potholes, at considerable expense, after numerous failed promises from Transport MEC, Weziwe Tikana.

In her latest response to parliamentary questions about the state of the road, MEC Tikana said construction was expected to begin at the beginning of September.  This after earlier promises that the road would be repaired as far back as September 2018.

To date, no construction has taken place.

The residents have gone as far as to say that they are willing to continue doing road maintenance, if the Department of Transport reimburses them. In the last financial year, they have spent over R100 000 of their own funds to repair this road.

They have even proposed to enter into a Public Private Partnership with the Department to do the road maintenance themselves, if the Department provides them with the necessary equipment, as has been done in the DA-led Kouga municipality.

The road is also used by several farmers, who transport produce to market using large trucks.

Following the oversight inspection, it is clear that the road will need to be reconstructed in the near future, but there is no excuse for the Department not maintaining the existing infrastructure.

Despite the efforts of residents in the area the road has become dangerous and with the upcoming summer holiday season, and the influx of people to the area, it will be extremely unsafe if not repaired.

I have submitted follow up questions to the MEC regarding the delays in the repair work of the road and am urging her to stop making empty promises and ensure that her Department delivers on its mandate.