Grade R learners at the Sonwabile Primary school in Ncera Village, in the Buffalo City Metro, have been denied their right to education for an entire term, because the department failed to repair the roof of their classroom.

However, when questioned about this through a parliamentary question, Education MEC, Fundile Gade, denied that this was the case, saying no classes had been missed.

Today, 31 October 2019, I, together with constituency chairperson, Sue Bentley and other DA councillors, conducted an oversight at the school to get a first-hand account of the matter. 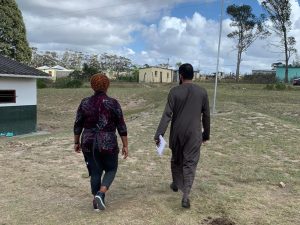 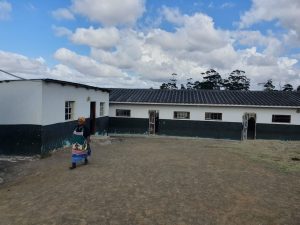 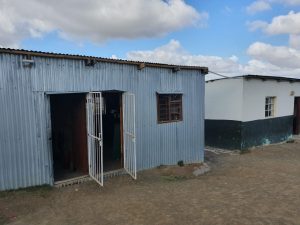 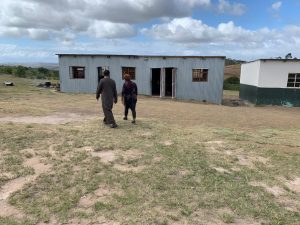 What we discovered is that these learners have been deprived of an entire term of key foundation phase learning due to the department’s lack of urgency in repairing their classroom, and now officials seem intent on covering up their shortcomings.

During the oversight conflicting reports were given about how the Grade R children were accommodated at the school, following the damage to their classroom in July, when the roof was ripped off by strong winds.

The repairs, which entailed the replacement of four zinc roof sheets, were only affected in September, by the school itself, after help from the department was not forthcoming.

Based on what I saw, reports that the children had been accommodated with the Grade 1 and 2 learners would be impossible, as the space in these classes are limited.

In his response MEC Gade said that the learners had been attending school, and that classes had never disrupted.

It is clear, following today’s oversight and engagement with the learners’ parents, that the information that was provided in response to the question submitted, is blatantly untrue.

I will therefore be writing to the Speaker of the House, to request that a thorough investigation is conducted into the misleading response. The purpose of parliamentary questions is to hold departments to account, and this process is completely undermined if the responses cannot be relied upon.

I will also be calling on the MEC to conduct a review of the department’s internal processes, specifically relating to the monitoring and oversight at district level, as shortcomings in this regard have been repeatedly highlighted.

It is vital that circuit managers need to physically visit the schools in their district, to ensure that accurate information is obtained, and issues can be highlighted and addressed.