A recent oversight visit to the Raymond Mhlaba Local Municipality has revealed that critical water infrastructure projects, started more than two years ago, have been abandoned, half built, with the sites left hazardous and unsafe for surrounding communities.

Contractors for these debacles should be blacklisted, and the province must sue them for non-performance. We need to start enforcing accountability!

In response to a parliamentary question regarding the reservoirs, MEC for COGTA, Xolile Nqatha, said the tender was awarded in April 2018 at a value of R47,4 million, of which R 10,9 million has already been spent.

Amadwala Trading was appointed to construct the three reservoirs, which were due to be completed by June 2019, but more than two years after the contract was awarded, not one of the three reservoirs are even halfway complete, despite the area being in the midst of a crippling drought.

Instead, the sites have been abandoned, with the contractor blamed for the poor performance and the contract terminated in June 2019.

MEC Nqatha said the terminated contractor was instructed to make the sites safe, but upon inspection, the Democratic Alliance found open holes several meters deep, where people could easily fall to their deaths, with no cordoning off or signage. 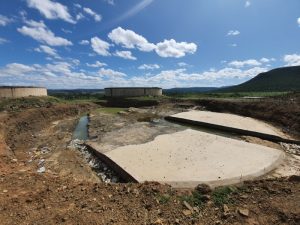 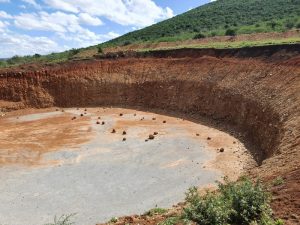 What is most frustrating, however, is that since the contract was terminated, the work has simply stood still. To date, no new contractor has been appointed to complete the work. This, even though the Adelaide Dam, which supplies water to the area, was at only 2%.

These MIG projects can include repairs an installation of water mains, pump stations, reservoirs and connector and supply pipes.

The Democratic Alliance has continuously requested the province to red flag and blacklist contractors that have been identified as poor performers, to ensure that they are not awarded any further tenders.

Access to basic services such as water and sanitation is enshrined in the Constitution and speaks to human dignity and basic human rights. Without access to these services many South Africans are suffering grave injustices to their rights and dignity.