The Clinics in the Northern Areas of Nelson Mandela Bay are in crisis, with the clinic in Helenvale closed for over a year and a half due to the violent crime in the area. This has had a catastrophic knock on effect on the Malabar clinic, that has seen its case load double as Helenvale residents turn to them for help.

This was revealed during an oversight inspection I conducted with DA Eastern Cape Provincial Leader, Nqaba Bhanga, DA NMB Public Health spokesperson, Leander Kruger, and a delegation of DA councillors. 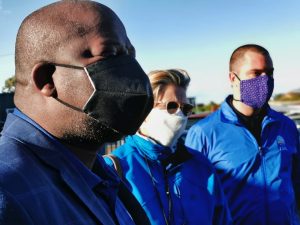 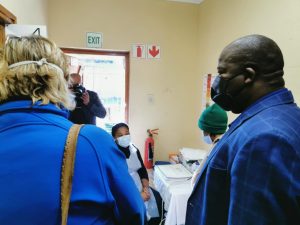 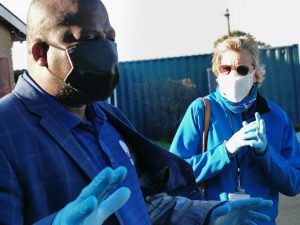 The staff of the clinic must be commended for their attempts to create space to deal with the volume of patients, but the situation is simply untenable. The venue is clearly insufficient, and the clinic is clearly understaffed.

The current Covid-19 pandemic has made the situation worse, as only five patients are allowed in at a time, meaning patients are queueing outside at the gate, exposed to the elements.

The staff informed us that they had requested permission from the municipality to make use of the adjoining Malabar Community Hall, even if it was just to be used as a waiting area, but said the request was denied.

The overflow of patients is because the Helenvale Clinic being closed by the Department of Health in October 2018, after the staff there were robbed by gangsters looking for drugs. While some of the staff have been redeployed to Malabar, others have been sent to other clinics.

I will be writing to the MEC of Health, Sindiswa Gomba, to ask that her department urgently intervene, by providing additional personnel for the clinic, and engaging with the municipality to find ways to secure extra space in the building. This is, however, simply a short-term solution, and I will also be requesting that the department re-establish a clinic in Helenvale.

DA Provincial Leader, Nqaba Bhanga, will be writing to the Nelson Mandela Bay’s acting city manager, to request that the Malabar Hall be made available to the clinic as a matter of urgency, to accommodate patients.

This is just another clear example of where rash decisions have been made without thought to the consequence. We need to ensure that the people of the Northern Areas are provided with safe access to quality public healthcare!