Wetland invaders placing themselves at risk

Land invaders who have illegally settled on a stretch of wetland in the Bushmans area have placed their own lives at risk, as they have built their homes in an area prone to flooding.

Even more disconcerting is that they have allegedly done so with the permission of local government officials.

Yesterday I conducted an oversight inspection in the area, accompanied by local DA councillors Jocelyn Guest and Phil Kani, after the matter was brought to our attention 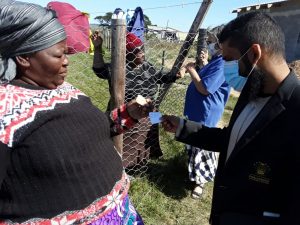 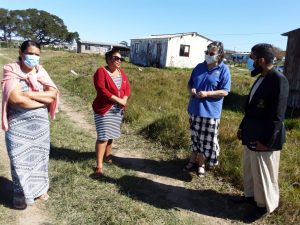 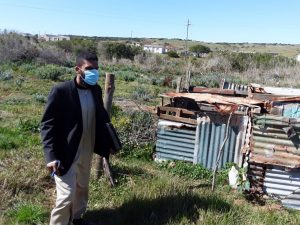 During the oversight it was discovered that several families, including children and elderly people have settled on the wetlands. Not only does this place them at risk, as they have been flooded several times already, it also has a significant negative impact on the ecological wellbeing of the area.

Wetland ecosystems support a host of animal and plant life, but they are critically important for the survival humans too. Damage to these extremely sensitive environments can lead to diminished water security, reduced food security, and an increased vulnerability to natural disasters, especially floods and droughts.

After interacting with the residents, several indicated that local municipal officials had given permission for them to settle there.

These allegations are of great concern because, if true, these government officials have broken to the law and have put the lives of these wetland residents at great risk. They have also contravened environmental laws put in place to protect these wetlands and the biodiversity that they represent.

I will be writing to MEC for Environmental Affairs, Mlungisi Mvoko, to highlight the consequences of these settlements on the environment, and request that action be taken to relocate these individuals.

I will also be writing to the MEC for Co-operative Governance and Traditional Affairs (COGTA), Xolile Nqatha, to investigate the claims of officials granting permission for these residents to reside in the area.

If these allegations prove true, there needs to be serious consequences for those involved. We cannot have people acting with impunity when it comes to the welfare of those entrusted in their care.

Unfortunately, it is once again the people who are caught in the middle, who will suffer the most. It is therefore critical that government ensures they are cared for.

The Democratic Alliance is committed to accelerating human settlement delivery, while promoting social inclusion through the development of integrated, resilient, safe and sustainable human settlements in an open opportunity society.