The Ugie based ET Thabane Primary School is, quite literally, falling apart at the seams, but its cries for help over the past seven years have fallen on deaf ears, with the Eastern Cape Department of Education simply ignoring their plight.

Instead, the Department has spent over R578 million of its infrastructure budget for the current year, purchasing Personal Protective Equipment (PPE) at highly inflated prices from connected cadres, paying up to five times the retail price for items, and often receiving sub-standard PPE in return.

Having blown the infrastructure budget on inflated PPE tenders, the province can proudly say that children can wash their hands, albeit in schools with death trap classrooms.

This is the sad reality that I was confronted with, while conducting an oversight inspection at the school, accompanied by DA Alfred Nzo Constituency Leader, Baxolile Nodada, MP. 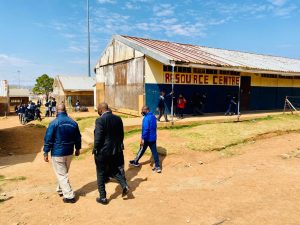 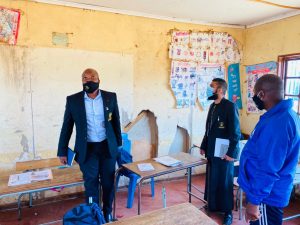 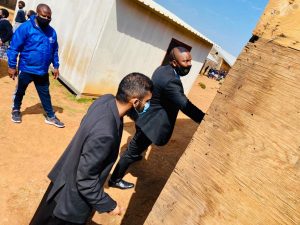 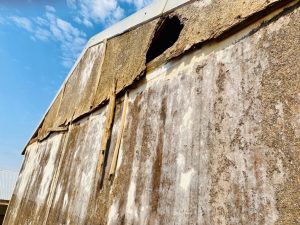 At ET Thabane Primary School, teachers are forced to provide classes in unsafe structures, with sagging roofs and crumbling walls, to children who have no alternative public primary school to attend.

What little maintenance budget is available, has been used to keep the buildings from falling over.

The Democratic Alliance has also raised the issue in the Provincial Legislature on several occasions, and, in 2018, the late MEC of Education, Mandla Makupula, confirmed that the school had been included in the Accelerated School Infrastructure Delivery Initiative (ASIDI).

MEC Makupula said that, while there were delays in the roll out of the programme, the infrastructure upgrade would be completed by January this year.

In the 2017/18 financial year a tender was also awarded for the building of a new school, but since then, there has been no further feedback from the department, and the money budgeted for this tender has magically disappeared or been redirected without the school being informed of any changes.

While the Department has sat on their hands, the Joe Gqabi District Municipality has forced the school to shut down its Grade R section, deeming it too unsafe for the children to be inside the buildings. As a result over 300 children now have nowhere to go to school.

If the infrastructure problem of the school is not attended to as a matter or urgency, other grades will inevitably face the same fate.

The department’s lack of care has robbed these learners of their human and constitutional right to receive an education.

I have now submitted questions to MEC for education, Fundile Gade, to ascertain why the department has dragged its feet for almost a decade, while our learners are attending a school where they are put in danger on a daily basis.

The behavior and lack of concern shown by the Department of Education must be condemned in the strongest terms. The Democratic Alliance will continue to fight for these children, and demand that the commitments made by the Department are upheld.