The villages of Addo and Kirkwood in the Sundays River Valley have been flooded with untreated sewage, which is leaking out of a poorly maintained and badly managed sewerage system and infiltrating the clean water systems which are intended for domestic use.

At the entrance to Valencia, untreated sewage bubbles out of broken pipes and forms a river which eventually flows into the Sundays River. 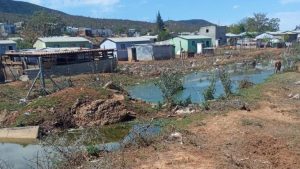 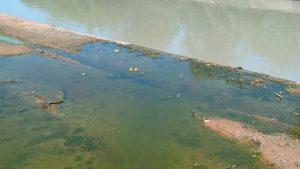 The health hazards that this poses to the community, arising from continued exposure to water containing faecal matter, are well documented and serious.

The raw, untreated sewage spilling into the Sundays River can also lead to the total collapse of the river ecosystem through eutrophication (nutrient loading), which in turn results in algal blooms that absorb oxygen out of the water. These anoxic conditions can kill off all life in the river.

Despite this, the Municipal Manager of the Sundays River Local Municipality has not prioritised the immediate and effective repair and maintenance of the sewage system.

The wilful neglect of, or failure to effectively repair infrastructure that is required for effective sanitation and the supply of clean water is in direct contravention of both the National Environmental Management Act (NEMA) and the National Water Act (NWA).

I have written to the Acting Municipal Manager of the Sundays River Local Municipality, Mr T. Machelesi, to advise him to take immediate action to effect the necessary repairs and ensure that regular maintenance becomes a priority.

I shall also write to MEC for COGTA, Hon Xolile Nqatha, to request that he intervene immediately, to ensure that sewage no longer contaminates the clean water supplies in the municipality.

If the situation does not improve dramatically, I shall write to the Human Rights Commission and request their intervention. I shall also lay criminals charges against the acting Municipal Manager.

Access to clean drinking water and a functional sanitation system are basic human rights which need to be protected at all times. The current government should learn from the Democratic Alliance, who deliver services effectively in the Western Cape and in the Kouga Municipality.