Brand-new Patensie school vacant for over a year

A brand-new school that was built by the Department of Education in Patensie, has been standing empty for over a year, while learners who are meant to benefit from it are still forced to attend schools with woefully inadequate infrastructure.

The building of the school was part of the national Accelerated School Infrastructure Delivery Initiative (ASIDI) programme which aimed to eradicate schools built with inappropriate and unsafe materials. A programme that continues to fail spectacularly in its delivery in the Eastern Cape.

While conducting an oversight inspection at the school earlier this week, I raised my concerns with the Department representatives on site and was given assurances that the school will be opening within the next month.

I will be monitoring this process closely, to ensure that the Department sticks to the deadline it has now given itself, and that the school opens to learners for the 2021 academic year.

During the oversight, where I was accompanied by DA councillor Henni Britz, it was revealed that the school has been in the pipeline since May 2014. It’s 35-month construction timeline overran significantly, with the school finally completed late last year. 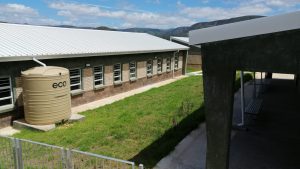 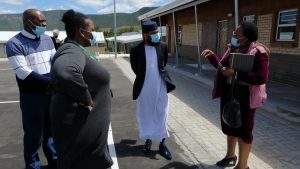 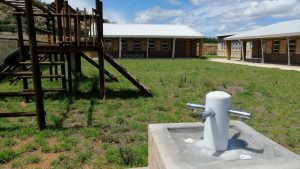 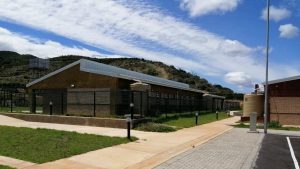 The ability to efficiently deliver on school infrastructure projects hinges on competent project management, something that has been sorely lacking in ASIDI projects in the Eastern Cape, as evidenced by their record.

Since then the close out of the project and opening of the school has been delayed, simply because the school has not been given a name. The Department has not even started the process to appoint a principal for the school!

After all the delays in completing this project, the Department should have worked as fast as possible to open the school. These delays have a serious impact on the ability for the school to take on learners for the 2021 academic year.

It is unacceptable that learners could be deprived of these improved facilities for another year, due to administrative delays by the Department.

I will continue to fight for learners to ensure they have access to dignified learning conditions. This is what one would expect from a capable government.

The DA will also be calling for a full review of all ASIDI projects in the province, since the inception of the programme.