Residents of Nieu-Bethesda are being deprived of life-saving emergency services because political interference has brought the upgrade of the main road between the town and Graff Reinet to a standstill.

Although three-quarters of the road has been tarred, the last stretch into the town has been abandoned, and the deteriorating condition of the road has made it difficult for ambulances and police vehicles to traverse.

The contractor abandoned the site after ongoing political interference, where it was demanded that local SMMEs must benefit from the project, despite all the original conditions of the tender being met.

The Department should develop some backbone and lay charges against those tenderpreneurs who intimidate approved contractors. Until the department stands up against these blackmailing activities, road construction will continue to flounder.

Bulk stormwater pipes now lie piled up on the side of the road, waiting to be installed. On a nearby farm, 800 000 tonnes of material for the road construction, which has already been paid for, lies abandoned. 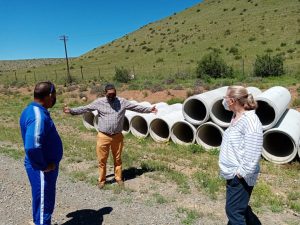 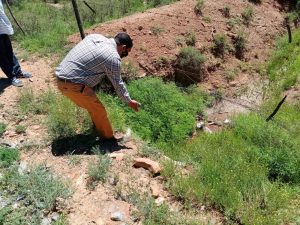 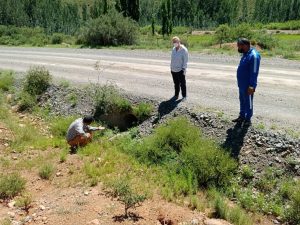 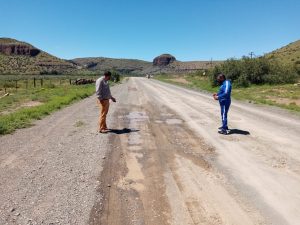 There is a very real concern that, should the work not be completed soon, the upgrade of the road will be delayed until at least September, as weather conditions during the autumn and winter months make it impossible to tar.

There is also the very real possibility that the funding for the project might not be rolled over, and costs incurred due to the delays could amount to fruitless and wasteful expenditure.

A capable state would have ensured that the project is well managed and delivered on time, without any political interference.

I will be raising this issue in the next Transport Portfolio Committee and will be calling for the Department to provide a full report on what led to the contractor abandoning the site, as well as requesting a turnaround plan to ensure that this upgrade is completed.

I will also be demanding that action be taken against those responsible for interfering with the contract in the first place.

We cannot allow corrupt practices to continue placing the very lives of the people of this province at risk.