The R 11.7 million Boschberg ‘Mountain of Dreams’ tourism hub in Somerset East could now be described as a ‘Mountain of Nightmares’ as this tourism hub, developed to grow the local economy, lies in ruins.

Identified as a key development project for the Blue Crane Development Agency, which has since been disbanded, the Boschberg Tourism Hub was completed in 2015, but is now nothing more than an abandoned pile of ruins. 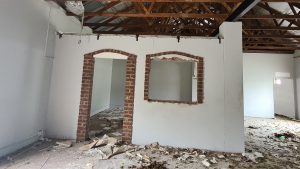 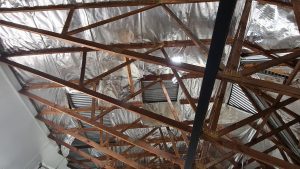 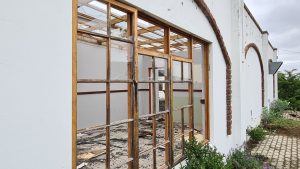 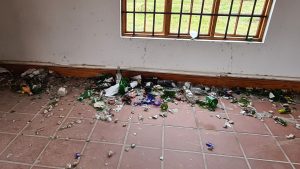 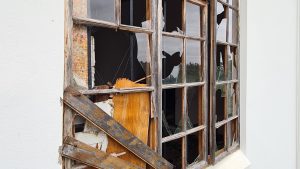 A capable state would have done a feasibility assessment before throwing away millions of rands of hard-earned taxpayer money, or, at the very least, would have ensured that government-funded infrastructure is safeguarded against vandalism and looting!

A capable state would ensure that money that is meant for the people is spent for the benefit of the people, that jobs are created and that communities are uplifted.

Quick to boast about how this initiative was going to lift the region out of poverty, the ruling ANC government has taken no responsibility for this failed project that has never benefitted any of the residents of Somerset East.

The lofty objectives of the hub were to grow the local economy, create a destination activity hub for the benefit of local communities, and position Somerset East as a preferred tourism destination in the Eastern Cape.

The hub was supposed to be the base for numerous tourism products, based on activities, adventure tourism, eco-tourism, cultural and Agri-tourism. It was supposed to create 95 permanent employment opportunities.

Instead, it has brought no value, jobs or economic spin-offs for the community.

The Democratic Alliance has written to the MEC of COGTA, Xolile Nqatha, to investigate the events leading up to the complete destruction of this hub, and has recommended that the property be privatised in order to refurbish it and re-establish the initial vision of the hub.

I have also requested that the MEC accompany me on an oversight visit to the hub to impress upon him the importance of the matter.