Mabuyane: The mad hatter at the Magwa tea party

Premier Oscar Mabuyane is the Mad Hatter at the Magwa tea party, dishing out hundreds of millions of taxpayers’ rands to produce some of the most expensive tea in the world.

Not only has Premier Mabuyane used taxpayers’ money with wilful abandon to produce the tea, he also wants provincial government departments and local municipalities to use even more taxpayers’ money to buy the tea produced.

If anything, Magwa should be providing tea to government free of charge, considering the amount of money that has been invested! 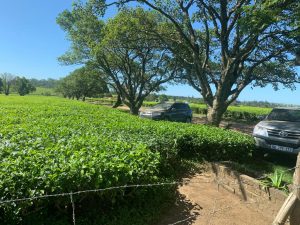 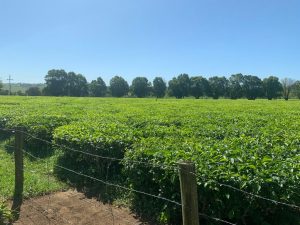 The Magwa enterprise was initiated as a state project of the Former Transkei government in 1958 to create employment for the local community. The project was highly successful and by 1976 produced some 20 tonnes of green leaf per day. Unfortunately, the success of earlier years has waned.

Over the five financial years between 2016/17 and 2020/21, an amount of R254 million has been budgeted for the Magwa and Majola Tea Estate, which includes the R148 million spent on business rescue bailouts between 2016 and 2019.

Despite much fanfare at the beginning of last year, promising a new eco-tourism hub and diversification into other crops such as avocados and macadamia nuts, there has been very little in terms of development at the estate.

A capable state would have spent the funds on providing an enabling environment for private entities to thrive, such as creating decent road networks to get produce to market, and bulk water infrastructure that would assist farmers with irrigation.

These private entities would run their farms as businesses, creating sustainable jobs and producing crops at market-related prices.

This is clearly not the case at Magwa, where the average cost to produce tea leaves was around R102 per kilogram in 2018/19. In comparison, over the same period, the international retail prices for tea were hovering between R30 and R42 a kilogram!

The Democratic Alliance will now put pressure on the National Department of Agriculture, Land Reform and Rural Development to see if the Director-General is willing to investigate the failed operations at Magwa.

The Provincial Government cannot afford to invest in this failing operation any longer. The time has come to realise that no amount of money is going to be able to save this project.