I was accompanied by DA Leader in the Provincial Legislature, Bobby Stevenson, MPL, and DA Northern Areas Constituency Leader, Yusuf Cassim, MPL, to the Mount Road police station, where I handed over a memorandum to the SAPS relating to the dismissal of three top Brigadiers. 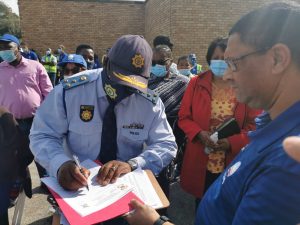 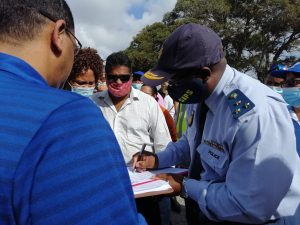 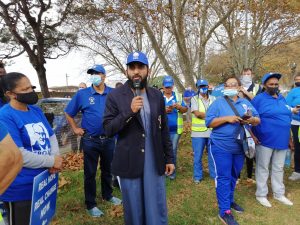 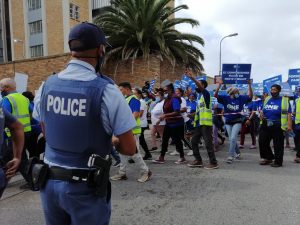 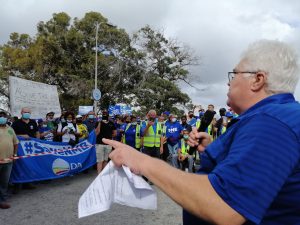 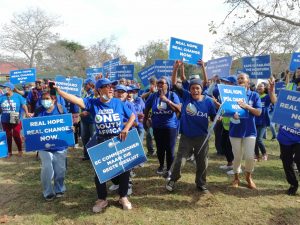 The DA is therefore demanding the following:

• The Disciplinary Committee’s recommendation to dismiss the three brigadiers be reviewed and set aside;
• That the brigadiers be reinstated to their positions and be allowed to return to work on or before Friday, 7 May 2021;
• That no further victimization of the brigadiers take place after their reinstatement;
• That the Independent Police Investigative Directorate (IPID), by no later than 7 May 2021, start investigating the circumstances leading up to the disciplinary cases against these brigadiers, including evidence that was led by senior officials, who have allegedly committed perjury through their testimony.
• That those who are implicated in committing perjury in relation to the disciplinary cases be suspended, pending the outcome of the IPID’s investigation;
• SAPS must ensure transparency and fairness in the police service;
• That all promotions must be based on fit for purpose, and not nepotism or racial motivation.

If the brigadiers are not re-instated, the DA will not only petition the Speaker of the Eastern Cape Legislature to immediately call a meeting of the portfolio committee on safety and security, to interrogate the actions of those involved, and ensure those guilty of wrongdoing are dealt with, but will also escalate the matter to the national government, through the intervention of DA Shadow Minister of Police, Andrew Whitfield, MP.

Collectively, these three members have more than 100 years of police experience between them, and Nelson Mandela Bay can ill afford to lose highly experienced officers of their calibre.

The DA believes that what is needed is an honest and reliable police service, and will continue to fight for law and order to be upheld.