Key tourism projects in the Eastern Cape, meant to stimulate tourism-related industries and bring investment to local municipalities, have been so neglected that there is now no hope that they will meet their intended objectives without serious additional funding.

Money is being squandered with no accountability!

So bad is the state of some of these projects, that the Eastern Cape MEC for COGTA, Xolile Nqatha, has now agreed to conduct oversight at sites that the Democratic Alliance has highlighted.

Tourism is one of the main contributors to the GDP of the Eastern Cape, but our Municipalities are dropping the ball when it comes to the implementation of catalytic programmes in this sector.

The Mthonsi Lodge in Mount Pleasant in the Amathole District Municipality, for example, was earmarked to be completed in 2016. Five years after it should have been completed, instead of a shining beacon of tourism potential, it is incomplete and lying in ruins.

The project, which was a collaboration between the Amathole District Municipality, the former Nkonkobe Local Municipality (now part of the amalgamated Raymond Mhlaba Local Municipality), and the National Department of Tourism as part of its Social Responsibility Implementation programme, has been severely vandalised. 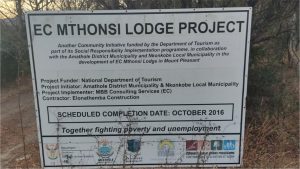 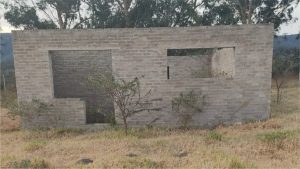 During an oversight inspection by the DA last week, it was found that the gate and fence have collapsed, that office blocks and the conference centre are incomplete, and there are no access roads within the development.

The situation is similar in the Blue Crane Route Municipality, where the Boschberg Tourism Hub has been completely vandalised and is on the brink of collapse.

Completed in 2015, the Boschberg Tourism Hub was identified as a key development project for the Blue Crane Development Agency, which has since been disbanded. The objective was to expand the local economy, create a destination activity hub for the benefit of local communities, and develop Somerset East into a preferred tourism destination. 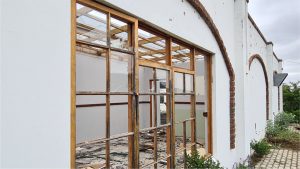 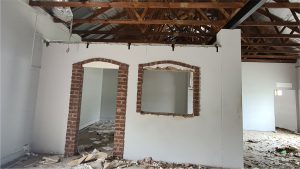 The hub should have created 95 permanent employment opportunities and boost the local economy. Instead, it has brought no value, jobs, or economic spin-offs for the community.

The DA wrote to MEC Nqatha and requested that a combined site inspection to these facilities be arranged, which he has subsequently accepted.

It is unacceptable that EC municipalities are allowing key projects that drive tourism, local economic development, and job creation to waste away, while millions of people in the province are unemployed.

These uncaring municipalities are taking food off the plates of local residents through continuous incidences of maladministration and wasteful expenditure.

Now is the time to drive tourism and job creation initiatives that can put people back on the path of prosperity.

The DA will continue to fight for public funds to be used productively to create jobs and not be squandered away.