Drought Disaster: A month later but still no help for Eastern Cape Farmers

It has been a month since the National Disaster Management Centre last month classified the ongoing Eastern Cape drought as a National Disaster. Yet, despite the calls from the Democratic Alliance for Premier Oscar Mabuyane to act, nothing has been done by provincial government to assist our farmers.

It is simply incomprehensible that, even when the crisis that our farmers have been facing since 2015 is acknowledged as a national disaster, our provincial government chooses to look the other way and does nothing!

This is by far the worst drought on record for the province, and many farmers have been financially ruined as a result.

Despite agriculture being one of the province’s largest contributors, the last time a provincial drought disaster was declared was in October 2019, securing a pitiful R74 million in emergency funds. This amount was so inadequate that most farmers that required assistance at that stage received none.

Since the 2019 drought declaration was allowed to lapse, the drought has in fact tightened its grips on the province, especially on the western side, and the need is even greater.

Despite recent rainfall, dam levels are still worryingly low, and continue to plummet. Water tables are also dropping, leaving many farmers with boreholes that are running dry. The catastrophic drought has also severely affected urban water supply in municipalities such as Nelson Mandela Bay Metro.

Many farmers in areas such as Aberdeen, Graaff-Reinet, Willowmore and Steytlerville have been feeding livestock for extended periods of time and in many instances have run out of money. 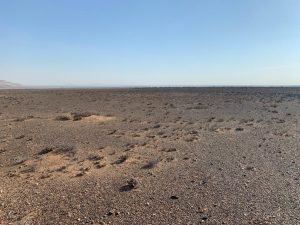 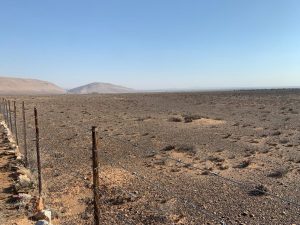 The prolonged feeding of livestock is simply unaffordable for most farmers in the Karoo and almost all of these farmers are taking severe financial strain. In certain instances, farmers have opted to sell their farming operations. Others have cashed in life savings, such as retirement annuities, or taken new bonds on their farms, just to have credit available to purchase feed and keep their farming operations going.

Unfortunately pleas for assistance to both the Provincial and National government has largely been ignored. The National Disaster Management Centre only classified the drought as a national disaster last month and has done little to ensure that government declares either a national or provincial state of disaster in response.

Premier Mabuyane’s inaction is damning. His so-called drought war room has made no impact. No provincial budget adjustments have been made, to assist those in dire need.

The DA challenges Premier Mabuyane to make urgent budget virements to the provincial budget, so that some support can be made available. We will also be appealing to President Cyril Ramaphosa to ask that he directly intervenes in this unfolding disaster.

We cannot afford to lose such a vital sector of our economy through apathy and inaction.