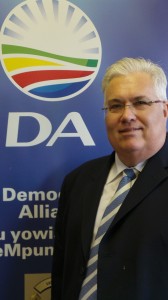 Current position:
Bobby Stevenson is the Chief Whip of the Official Opposition in the Provincial Legislature in the Eastern Cape.

Bobby is also the Deputy Leader of the Democratic Alliance (DA) and is a member of the Provincial Executive of the DA, for the Eastern Cape.

Serves on the following Legislature Committees:

Bobby is also part of the Federal Candidate Election Committee (FCEC) and is also a National Fundraiser for the party.

Active church member and has seen service as a society steward (elder), lay preacher in the Methodist Church. Currently a board member of the Institute for Spirituality and Wholeness which is directed by Bishop George Irvine.

Bobby has successfully developed the DA brand in not only Nelson Mandela Bay, but also in the Eastern Cape Legislature.

* Xhosa name meaning “the one that kills the mighty snake” 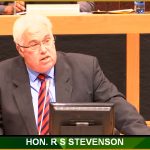 Premier Oscar Mabuyane missed the opportunity to make more extensive changes to his cabinet this afternoon, choosing to purge his opponents rather than bring hope to the people of the province. Health and Education are in serious crisis, where a change of leadership desperately needs to occur, yet these posts remain untouched. The newly appointed cabinet members will be under huge pressure to deliver quality services in the run-up to … 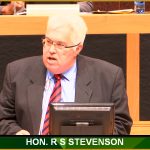 The Democratic Alliance welcomes the fact that there are plans in place by SAPS to deal with any possible unrest or vandalism that might take place around Day Zero. As part of our campaign to ensure preparedness for Day Zero in Nelson Mandela Bay, I raised this issue by way of a question for an oral reply to MEC Weziwe Tikana-Gxothiwe, last week in the provincial legislature. See Reply IQP …

Youth unemployment crisis: Four out of every five youth without a job

The Eastern Cape is in the midst of a dire youth unemployment crisis, with four out of every five youth between the ages of 15 and 24 without work. The Democratic Alliance is demanding that Premier Oscar Mabuyane spell out, on Youth Day later this week, what it is that his government is doing to offer hope to the young people of this province. He needs to provide viable interventions … 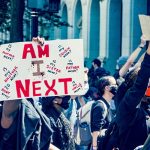 The Eastern Cape SAPS is losing control of the spiralling violent crime in the province, with the highest murder rate per capita in the country at 15.7 murders per 100 000 people. The province also has the highest rape rate per capita with 27.6 rapes per 100 000 people. This carnage that is sweeping through our society is fuelling severe anxiety as more and more people are terrified by brutal …