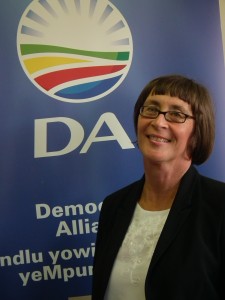 1 of 15 internationally accredited SI Trainers in the world. In this capacity I manage the delivery of SI at the NMMU South and Second Avenue campuses and select, host and train all NMMU SI Leaders with my partner. We train Deans, HODS and lecturers (SI Leaders if required) throughout SA to implement and run pure model SI and we support Southern African HEI’s to plan, implement and evaluate their SI programmes. This includes analysis, assistance with organisational structure, staffing and knowledge transfer for access to resources as well as the institutional mentorship of new programmes and staff. To date we have trained staff at 22 of SA’s 25 HEI’s. We are incredibly proud that the SA delegation was second In size to the US delegation at the 2012 SI Conference in San Diego and that our delegates from NMMU, UFS, UKZN, UFH presented 12 papers, posters and discussions to the international SI community. Last year we conducted our first institutional audit at UFS. 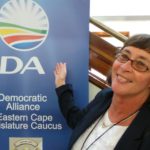 The DA is deeply disturbed to read (Daily Dispatch: 14 06 18) that Paramedics and EMS staff are suffering and unprotected. Our Paramedics and EMS staff suffer firstly because they not safe at work and secondly because they are not accompanied by Security Guards despite the dangerous nature of their work. Thirdly complaints from EMS staff include delays in the payment of overtime work and dangerous working conditions in which, for example, … 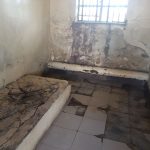 Tower Hospital Cell   Three of the seven state mental health facilities in the Eastern Cape do not have permanent psychiatrists. The current focus on conditions at the Tower Hospital in Fort Beaufort must be expanded to the other psychiatric facilities in the province as well. Shocking revelations of the systemic failure and inadequacy at these facilities are contained in a reply to a legislature question I asked the new …

Speech notes by Celeste Barker MPL, speaking on the debate on the 2018/19 budget vote for the Department of Health. 17 May 2018 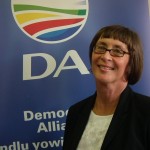 Honourable Premier, Madam Speaker, MECs, Colleagues and Distinguished Guests. I addressed rights issues in this chamber on Tuesday and will do so again today. Since the beginning of this term of office, the Eastern Cape Department of Health has spent much of its time on the defensive to the detriment of its patients and its mandate to serve our people’s health needs. I will, therefore, describe just how this inability … 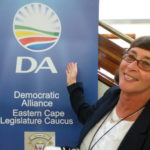 Honourable Premier, Madam Speaker, MEC’s, distinguished guests in the gallery – Molweni Nonke! The DA is grateful for the opportunity to participate in today’s budget vote. We share the President’s concerns about our unequal society and look forward to seeing the dream of a true, rights-based culture and equality being extended to all the people of our province. It is an indisputable fact that despite many valiant efforts to build …

65 year old patient instructed to urinate in a blanket

I have submitted questions to the MEC for Health, Dr Phumza Dyantyi, regarding the maltreatment of Mr Donovan Nolan who was admitted to the Dora Nginza Hospital on 24 February 2018. On the day that he arrived at the Hospital, Mr Nolan was transferred to a steel trolley without a mattress, blanket or pillow. The sides of the trolley were broken, cardboard was used for shoulder support and old used bandages …